After years of watching America’s Funniest Home Videos, I’ve concluded that the three key ingredients to a winning video is babies, cute animals, and dads being hit in the groin. 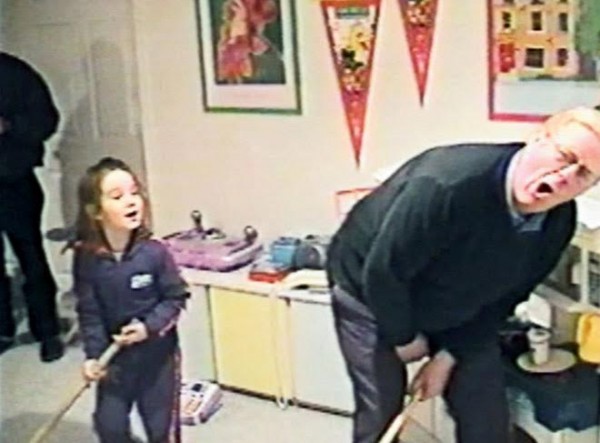 When my children were young I spent many hours wondering if I could teach them to ride a puppy while swinging a nerf bat into my groin. Hey…don’t judge. There was a $100,000 up for grabs and I was working in radio.

Speaking of radio…the audio medium has three key ingredients of it’s own.

The holy trinity of grabbing attention with your radio ad is sex, song and…humour.

Let’s save sex and song for another day (insert “that’s what my wife says” joke here) and take a closer look at humour in radio advertising.

BUT the ultimate goal of a radio ad is to SELL.

If funny was the key to selling, we’d be greeted by stand-up comedians in every appliance store, every open house, and every car dealership.

So here are five tips that will ensure your use of humour never undermines the effectiveness of your message.

Bob: The one with the singing frog with the speech impediment.

Bill: Yes…I can’t get that song out of my head.

Bob: Totally. So what were they selling?

The humour is supposed to draw the listener’s attention so that you can deliver the sales message. So…

Don’t make the humour the star of the show. Once you know you’ve got them…don’t forget to sell them.

Don’t deliver the sales message or say the client’s name during the 2 second zone following the punchline. People can’t hear you when they’re laughing.

Don’t use humour that is completely disconnected from the product.

Which leads us to…

Tip #2: Find the humour in the product:

You can’t simply tell a funny joke and then say “Want to buy a mattress?”.

Look for the humour in the product itself, the problem it solves, the way that it’s used (or misused), the human scenarios that are created by the purchase experience, or the misery that will fall on those who don’t buy the product. 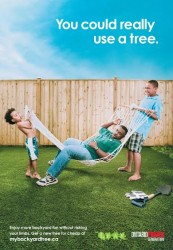 Find something that is genuinely funny AND directly connected to the product.

A 2002 campaign for Pfaff Motors (pronounced Faff Motors) featured phrases that were funny when the “p” was made silent like “all work and no play” and “passing lane”. The humour was directly tied to the name of the dealership so that when people recalled the joke…they remembered the name.

Make it impossible to separate the humour from the sales message so the listener remembers both.

Tip #3: Make sure it’s funny AND funny for the target:

If it’s not funny…just stop and take a different approach. Lame humour can backfire and make the client look lame by association. So the first part of this tip is make sure that “you and your fellow writers” think the humour is actually funny.

The second part of this tip is make sure “you and your fellow writers” aren’t the only ones who think it’s funny. You have to know who your target is and anticipate how THEY will react.

There are 20 types of humour listed at dailywritingtips.com. Check them out at:

Pick a style that fits both the sender (the client) and the intended receiver (the target). For example:

The coarse jokes and sexual situations of blue humour might not fit a family targeted message.

I know these examples are obvious but you’d be amazed what we can become blind to when the room thinks something is funny.

For the most part, there are two types of announcers in radio…those with a very appealing sound to their voice and those that understand comedy and can be naturally funny. There are those that possess both, I’ve worked with a couple of them, but they are rare.

Have the funny announcers perform the humour. Have the great sounding announcers deliver the sales message.

Because a funny script requires a great comedic performance.

The reason I can’t watch “2 Broke Girls” on CBS is because its funny writing that is just being read off a teleprompter.

I need to believe that the performers actually experienced the humour…that the lines are THEIR lines.

If you don’t…the great sounding announcer who lacks the ability to deliver comedy is going to sink your funny boat before anyone can get on board for a ride.

If the humour is really good…the ad is going to burn really fast.

You can take a REACTIVE approach to this and change up the copy when the sales executive or announcers start groaning about having to “hear that ad again”. This is an indication that you need to update the copy in the next two weeks. Announcers and sales reps are hyper focused on the on-air product so they will get sick of it first…BUT the listeners won’t be that far behind.

You can take a PROACTIVE approach and write 3 to five variations of the ad and rotate them to eliminate the fast burn of one funny ad. You don’t have to write five separate ads. You just have to switch out the funny part. You can swap out the whole scenario, change the dialogue between the same characters, or even just switch up the punchline. I like the punchline swap approach because when the listener is expecting one thing and they get something different…you draw them in even more.

There is no formula for being funny, no tried and true anatomy of a joke, no five tips that will transform you into Stephen Colbert. The five tips that I’ve put together for you today are guidelines to follow so that when you are funny…you can avoid the common radio creative pitfalls and put the humour to work for your client’s communication goals.

Want to know if your radio advertising is using humour that supports the sales message? Contact Audio Active Advertising today for a free consultation. 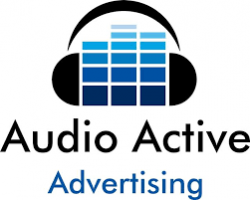 The speed of sound – by Ryan Ghidoni