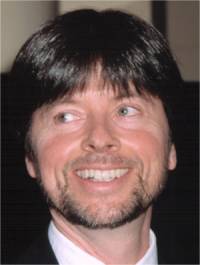 HUBBARD BROADCASTING Country KNUC (98.9 THE BULL)/SEATTLE’s morning show host FITZ interviewed noted documentary filmmaker KEN BURNS about his most recent series, “Country Music,” which he described as “a story of AMERICA, one song at a time.”  “Country Music, A Film by KEN BURNS,” debuts SUNDAY, SEPTEMBER 15th on PBS.

Said FITZ, “As a broadcaster and fan of AMERICAN history, this was the ultimate bucket list interview: sitting down to ask questions to the man who has been taking the pulse of this country for nearly 40 years. There is no greater man to speak with about the history of one of my biggest passions, Country music, and how it intersects with the growth of our great nation.”

The doc explores the history of a unique AMERICAN art form, featuring rare footage and photographs, plus interviews with more than 80 Country artists. The film chronicles Country music’s early days, from Southern APPALACHIA’s songs of struggle, heartbreak and faith, to the rollicking Western swing of TEXAS, the CALIFORNIA honky-tonks and NASHVILLE’s GRAND OLE OPRY.

The interview can be found HERE.