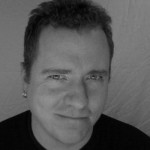 Audio Active Advertising – Episode 13: Things you should try INSTEAD of genetic mutations 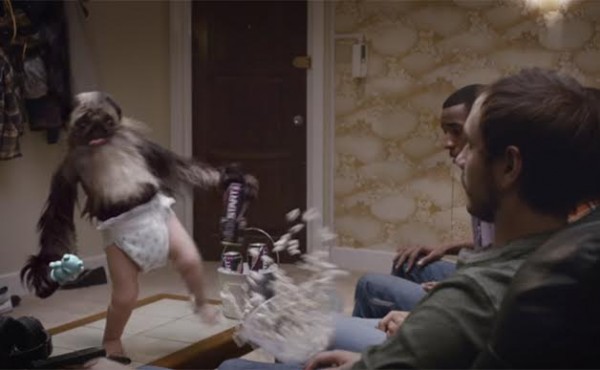 The most bizarre ad from the 2016 Super Bowl was the Puppy Monkey Baby. It featured a creature with the head of a puppy, the torso and tail of a monkey, and the diapered legs of a baby.

In case you’re thinking I had absinthe in my Lucky Charms this morning, here’s a link to the ad on YouTube to prove that it is real:

Now I understand that getting the consumer’s attention is required to deliver a sales message, but I personally think this ad is ineffective because…

The gag outshines the product: Five minutes later…I remember the genetic abomination but I can’t recall what he was selling.

The puppets don’t like it when you pull their strings: The audience may see this and resent that the advertiser is purposely being bizarre to get their attention.

They’re the third man in: Old spice and Skittles have been using this approach for a while now. It’s like when three friends send you the same meme. It goes from funny to lame pretty quickly.

It’s just desperate: This ad is like the guy in junior high school who always tried too hard to get your attention. Everyone ignored me…I mean him…yeah…him. 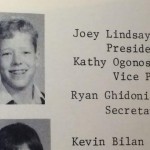 Looking like Anthony Michael Hall in the 80’s didn’t help either.

The challenge to get attention must be met with every ad. So here is a list of things you can try with your radio ad before your resort to splicing species together.

Don’t bury the lead: Joseph Sugarman, author of The Adweek Copywriting Handbook, calls the opening line of an ad “the commercial for the commercial.” Too often in radio the most interesting line, the one most likely to grab attention, is 16 seconds into the ad. Nobody hears it there because of the two boring lines that precede it. Make it a part of your final proof reading to check for this.

Focus on the listener, not the advertiser: Everyone has a friend, family member or co-worker who endlessly talks about themselves. Your brain automatically tunes them out 2 seconds after they start talking. On the other side of the coin there is that favorite aunt who always remembers what’s going on in YOUR life and wants to talk about YOU. You could talk to her forever. Write your ad as if you were that engaging aunt and focus on the listener and how the product relates to them.

Share the ugly truth: Most ads are designed to sugar coat the ugly truth or avoid the greatest weakness of a business. Want to get the listener’s attention? Let your weak flag fly. I heard a great radio campaign for a ski hill where the core message was “Our lift tickets are more expensive”. The ad went on to explain how they want skiers to enjoy the uncrowded slopes instead of waiting half the day in long chair lift lines. Exposing their weakness got my attention and by the end of the ad I wanted to pay more for lift tickets.

Make it a song: Singing can make an ad stand out…unless you sing in every ad. So use it sparingly. I think this approach works best when you use it for things that people don’t usually sing about. Like Pitas and Vasectomies. Jim VanDusen has crafted many ads in the Winnipeg market that make use of his musical talents. My favorites being the Don Vito and Pita Pit campaigns.

Humour: “Funny” grabs attention but make sure the joke relates to the product so people remember both. Also…humour will make the ad burn out three times as fast so make sure you refresh the ad regularly.

Real voices and Children voices: In a sea of Rodney and Ronda Radio voices, someone speaking like a real person can be different enough to grab the ear. Look for opportunities to open your ad with real people saying real things. If you’re targeting parents, nothing will grab their attention faster than a child’s voice. Just make sure the child isn’t a 19-year-old woman from promotions pretending to be a 5-year-old boy. Parents can tell the difference.

Create Drama: It’s not just teenage girls that are addicted to drama. WE ALL ARE. So bring out the drama in everything you sell. Find it in the problem the product solves, the competition between similar businesses, or craft a hero and villain story. 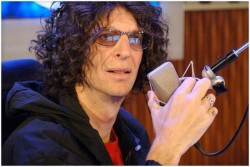 Say Nothing: Let the music or sound effects convey the message OR have a strategically placed moment of silence right before the core message. People are weirded out by silence on the radio. They think the radio is broken or someone made a mistake and it draws them in. Radio legends like Howard Stern and Jim Rome have harnessed the power of pause in their delivery. Why not use it in your next ad?

Show the product from a new angle: Talk about a benefit that nobody has talked about before OR use personification to communicate how your socks feel about your foot odor.

Create curiosity: Open the ad with something that makes the listener NEED to understand what is going on.

A-HA…isn’t that what they’re doing with the puppy monkey baby?

Yes, but…THEY FAILED TO CONNECT IT BACK TO THE PRODUCT OR THE CORE MESSAGE.

This is why Snickers’ “You’re not yourself when you’re hungry” campaign WORKS.

When I recall Betty White getting tackled in game of football…I remember the Snickers bar that changes Betty back into a dude.

When I recall the Puppy Baby Monkey…I feel disturbed…like I need to wash its form from my eyes…and then I wonder what Apartment of Dr. Moreau this thing escaped from and what other monstrosities he’s keeping in there.

It doesn’t lead me back to the product. It leads me away.

No matter what technique you choose to draw attention…don’t forget what you’re supposed to be drawing it to.

The speed of sound – by Ryan Ghidoni