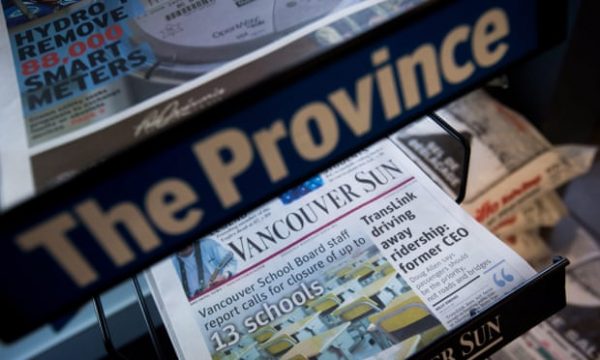 As local papers close their doors, a morning newsletter defied the odds. Now its founder aims to push the model nationwide

Local journalism has shed jobs faster than the coal industry, leaving swaths of North America as news deserts with little or no regular coverage.

But the grim prospects for an industry in decline didn’t deter the Canadian tech entrepreneur Andrew Wilkinson, who in 2019 hired a reporter and launched a daily newsletter in his home town, Victoria.

Emailed to subscribers early each morning, Capital Daily gave residents news highlights from around the city. Wilkinson bought advertising on Facebook and Google and subscribers started pouring in.

A year later, the venture had more than 40,000 readers, and within two years, the Capital Daily has transformed from morning digest of the city’s news into an enterprising outlet publishing long-form investigative features.

Now, building on the newsletter’s success, a startup media group has unveiled ambitious plans to replicate the model across the country.

Overstory Media Group, which operates newsletter-based journalism outlets in British Columbia, including the Burnaby Beacon, Decomplicated and the Capital Daily, has announced plans to hire 250 new journalists and launch 50 new outlets by 2023.

“I’ve always believed community media was always going to survive,” said chief executive Farhan Mohamed, who co-founded the venture with Wilkinson. “But it just has to be done in the right way.”

The announcement comes at a difficult time for Canadian media, which has seen the same mass layoffs and newspaper closures as in the United States.

Supporting the need for such an outlet for information is the fact that we are reading this in a UK newspaper.

Presumably, brought to your attention via PSR, supporting the need for this level of information provision.