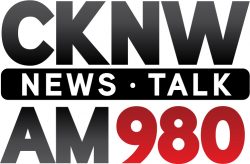 Before I begin here I must thank Michael Smyth of CKNW for always taking my call and allowing me to state my opinion, Smyth  and Jill Bennett are wonderful additions to CKNW, they will make CKNW better .

I am sorry but to attempt to convince the “Great Unwashed” that the Protests at this point are about Human Rights Is more than absurd, it is outright Moronic . Why is it so important for CKNW to attempt to cling to the narrative that the “Rioters and Anarchists” are doing God’s Work. Why not recognize them for what they truly are Rioters and Terrorists ?

I challenge each and every one of you to ask yourself the question, “We know they are Terrorists and Anarchists, why do we try so hard to “Spin” it that they are virtuous people trying to stand up for Human Rights ?

Yes, sure, they are all peaceful, no one lost their restaurant, shoes store, coffee shop, restaurant, of other retail outlet during these Peaceful protests did they ? Of course this May footage all took place after federal agents escalated the Riots in July, correct ?

I DARE any single one of you to interview Seattle Radio Show Host Jason Rantz just so the “Great Unwashed” can hear another point Of view from a Journalist that actually lives in Seattle as opposed to the NYT Reporter who shills for Antifa . Please listen closely and then consider having him on .

Why is it NONE of YOU care about the Police and the families of those Police ? Believe it or not they are not all Evil Men and Woman,  as a matter of fact in New York about 60% of those Brave and Hard Working Police are actually Visible Minorities, do you think they all turn into Pudgy White Males with Memberships in the KKK once they put on their uniforms ? Then you might also want to interview the Detroit Police Chief . I was once again in Detroit for 2 days last December and Detroit is making great strides thanks to Law and Order and a recovering economy, investment is coming back to Detroit .

How would you like a family member experiencing this night after night week after week ?

My company does several $ Millions Dollars of business in each and every U.S. Coastal City and Village and we do much of that business In Portland and Seattle, I am there several times a year and have 2 employees that live in Seattle . I am on business visiting in Seattle and Portland proper along with the coastlines of Washington and Oregon several times a year and stay at the Mayflower Hotel in Seattle and the Hilton in Portland downtown each and every visit. Seattle and Portland have been “Hollowed Out” over the past 6 or 8 years and residents are fleeing those downtowns, business of all types are leaving and storefronts like Bars, Restaurants, Retail, and so many more are “SHUTTERED”, take my word for it .

People that work in my company and business associates are now afraid to walk the streets of Seattle and Portland, they feel threatened and so do their families .

Again, to suggest that the “RIOTS” are about “Human Rights” is simply MORONIC and anyone with any idea knows better, even the Police Chief and Mayor of Seattle and the Mayor of Portland have finally figured that fact out, it is well past time for far too many at CKNW to understand what is really taking place in many cities in the U.S. is “Anarchy” .

The major problem now is the fact that the Mayors of Seattle, Portland, Oakland, New York, Chicago, Minneapolis, and many other U.S. Cities Have now “Let the Genie out of the Bottle” and it is now not so easy to get control of the streets of those cities .

What do Police say about Antifa and other Terrorists ?

The saddest part of all of this is the fact that it is more than likely less than 5% of the population that are causing this catastrophic string of events in so many cities . Rioters and Anarchists face absolutely no consequences and therefore there is no deterrent . If Cities mentioned do not finally begin to act and restore the “Rule of Law” people will be laving each and every one of those cities like rats leaving a sinking ship .

I pay property taxes in 4 different municipalities in YVR and each and every year taxes go up, fees go up, and we receive far fewer services, Why is that ? How many more employees are thee at Vancouver City Hall now as opposed to about 9 years ago when Mumbles Robertson became Mayor ? I understand that in Communications along staff has increased from 2 up to 4o since Mumbles took office and now with Top Mensa Member and Financial Guru Kennedy Stewart steering the Good Ship Vancouver things are even worse, who da thunk ?

I travel to 17 different countries on a regular basis and contrary to what you might like to believe many countries today are exactly as described by “The Bad Orange Man”, they are indeed “Sh*t Holes” . Those U.S. Cities already named along with many more in the U.S., many cities in the EU, Vancouver, and Victoria all need to be “Flushed Out”, they need to experience a very serious “Push Back’ from citizens of every income level that work hard, pay taxes, obey the “Rule of Law” and are not “Takers”, those just mentioned are the ones that deserve to be catered to by government at all three level it is the productive citizen that pays the bills and it is those same productive citizens that should be taken care of, along with the seniors that built these countries and cities . People talk about the Drug Addled Repeat Prolific Offenders as being our most vulnerable well guess what, YOU AFRE WRONG, it is the aging Senior Citizen who lives from Pension Cheque to Pension Cheque, why are we not doing better for them instead of catering to the drug crazed criminals that come to Vancouver or any other city from other far off jurisdictions who demand support here, why should our Pensioners suffer . Remember the old Kevin Costner Movie “Field of dreams” ? Well that is what is taking place in so many cities like Vancouver today, the more Social Housing we build the more Drug Addicted Criminals we attract, “Build it and they will Come” . It is the “Poverty Pimps” like those mentioned, Helps in Victoria, Frey in Minneapolis, Lightfoot and Emanuel in Chicago, poor befuddled Bill Di Blasio in New York, Bowser of D.C., and the rest have all contributed to the downfall of each of the once beautiful historical cities mentioned and there are many more I could list . It is now time for a change in all of these cities mentioned .

CKNW needs to do better, I am embarrassed for SOME of you . Lets here more of BOTH SIDES of any given issue Please also take a quick look at this for a FACTUAL picture of what is really going on in Cities mentioned .

Poverty Pimps like Swanson, Kwan, Townsend, Robertson, Stewart, and the rest keep telling CKNW listeners and anyone else that will listen that People with Mental Health issues were released and forced down onto he DES and then fell prey to Drug Dealers etc .

Guess what ? Nothing could be further from the truth, in fact MOST (probably 95%) of hose on the DES were on the EES first began heavy drug use and the psychosis they experience is from  the Heavy Use of Drugs, that fact cannot be argued . Having said that we do need to address the problem and we need to do it now . What we are experiencing now with the Opioid Crisis is much different than what we have experienced over the years, without apprehension, detox and rehab we will lose thousands in Canada each and every year .

Please do ALL of your listeners a big favour and get a qualified honest doctor on your show to “Tell the Truth” about this epidemic before it is too late .

Even the affects Marijuana should be revisited

I urge any and all of you to get an independent Doctor familiar with he illicit use of Drugs to comment on this, you might be saving the future of a loved one, I lost a sister and a handful of friends to a Drug Overdose, I have seen what can happen .

Thanks and enjoy your weekend, I am sure I made your day !!!