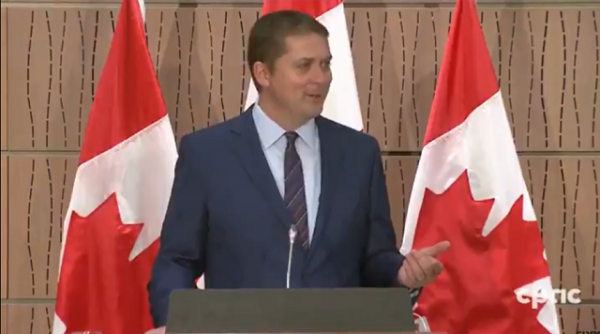 “It’s hard to believe this is your question and your follow up,” says Scheer as establishment media obsesses over his mask while ignoring Trudeau scandals and gigantic budget deficit.

Conservative Leader Andrew Scheer slammed the establishment media today, after repeated questions from the biased Liberal press on his mask wearing at the airport.

The media had creepily stalked Scheer – who was wearing a mask while travelling – then waited until he took the mask off to make a phone call, snapping a bunch of photos and trying to make it into a huge story.

All of this took place as much of the media tried to ignore/downplay Trudeau’s rapidly escalating WE Charity Scandal, and with the government projecting a gargantuan budget deficit of $300 BILLION.

While Scheer often hasn’t been the toughest, his response to he media was great today, and he clearly has had enough of their biased garbage.