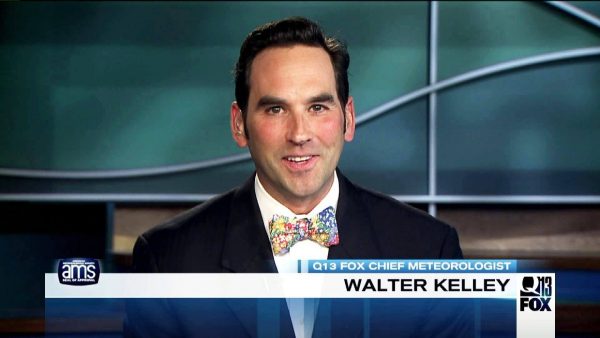 SEATTLE — All this week we were celebrating the great Walter Kelley — who after 23 years at Q13 News is moving to Arizona for family reasons.

Walter was part of the original news team here at Q13, helping launch the news operation back in 1997.

Back then, the news crew loved to gather at the Metropolitan Grill in downtown Seattle. And Walter quickly became friends with longtime manager Craig Summers.

“Thank you my friend for all of the fun times and the memories. we wish you well,” said Summers. “Here your Metropolitan Grill family in the next stage of your journey. Do us a favor please Walter, talk to the people upstairs and get us a little more sunshine here in Seattle.”

One of the first places Walter visited was Kells Irish Pub in Post Alley right near the market. And he became really close with the owner, Patrick McAleese.

“Walter is the kindest guy. He’s just been a good friend of ours for so many years,” said McAleese “I don’t know where my mom is going to get her news from now. Even though he’s just the weatherman, she gets all of her news from Walter! But I know he’s going to be back here in about a month with a bad sunburn.”

We were both happy and sad to declare this past week the Week of Walter on Q13 News — as we saluted our friend as he got ready to embark on a new adventure.