A Happy Retirement to Peter Alpen 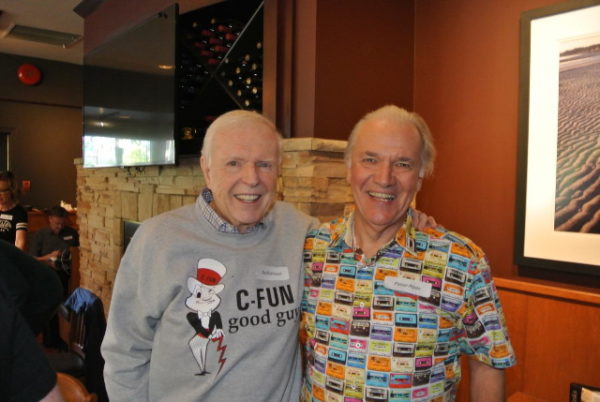 Peter Alpen, a senior sales executive with Canadian Traffic Network in Vancouver and a former broadcaster, worked his last day on the job yesterday, Friday the 13th.   In fact this stretch of employment with CTN covered 13 years, after graduating from BCIT in the mid 1960’s and getting his start as the overnight deejayat C-FUN 1410 (1965-67.)

He went on to host mornings at CHWK Chilliwack before CKWX beckoned where Peter would host the Legendary Sock Hop and Malt Party 9-midnight (1969-74).

The rest of his resume is courtesy Vancouver Broadcasters:

Congratulations Peter on a very successful career .. and we wish you a most happy retirement.

Worked with Peter at Fraser Valley Broadcasters. Class Guy,
Peter, enjoy the retirement .. as Ol Blue Eyes sang: The Best Is Yet To Come!