Submissions were encouraged from print, radio, television and online media sources that cover news, sports, the arts, business, community issues, and more.  The winners for the 2019 Jack Webster Awards are:

This year’s Jack Webster Awards were made possible by:  BCGEU, BCIT, Capital Direct, Coast Capital Savings, FortisBC, Global Container Terminals Inc., Greater Vancouver Board of Trade, Langara, LNG Canada, Lyft, Port of Vancouver, UDI, and Unifor, with Hyphen as the Film Partner, Jelly Marketing & PR as the Communication Partner and Rocky Mountaineer as the Raffle Prize Partner.  Thanks to Cision for also sponsoring this announcement.

The Jack Webster Foundation was founded in 1986 and named after the man who was Western Canada’s best-known and most influential reporter.  He left his mark on the B.C. journalism scene with his hard-hitting reporting style. In his more than 40 years of print, radio and television journalism, Jack Webster was synonymous with insightful, accurate and unabashed reporting. Today the Jack Webster Foundation carries on Jack’s legacy by fostering excellence in journalism to protect the public interest for British Columbians by:  holding the annual Jack Webster Awards for excellence in journalism in B.C., awarding annual Student Awards to aboriginal and senior journalism students, awarding Professional Development Fellowships to working journalists, and providing educational seminars for the media. 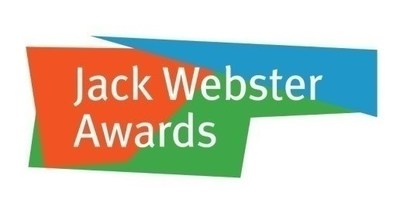