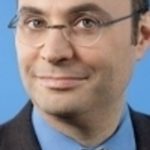 Shepard Smith has left the Fox News building, but his hour will remain staffed by employees from the network’ news division.Bret Baier, Chris Wallace, Brit Hume, Shannon Bream, Martha MacCallum, Bill Hemmer and John Roberts are among the Fox News Channel news anchors who will do a stint in the 3 p.m. hour vacated late last week by Shepard Smith, the veteran anchor whose departure stunned Fox News staffers as well as many media observers. Fox News executives will likely unveil a new, news-focused hour in the timeslot next year with a specific anchor, Jay Wallace, president and executive editor of Fox News Media, told Variety in an interview. Trace Gallagher, a Los Angeles-based correspondent, will kick off a stint at 3 p.m. today, he said.

“This is going to remain a solid news hour, with our best news stars,” Wallace said, adding: “Journalism is a huge part of the mandate here.”

Wallace praised the network’s news-side staff as Smith’s surprise departure, announced Friday, has prompted a heightened buzz of social-media speculation about the place of traditional newsgathering at the Fox Corp. outlet, which attracts one of TV’s most dependable audiences for opinion-based programs such as “Hannity” and “Fox & Friends.” Viewers and critics have noticed a recent tug-of-war between the journalists who fill most of the daytime schedule at Fox News and the opinion hosts who typically hold sway in primetime. Smith had in recent weeks feuded on air with primetime host Tucker Carlson. He said in an on-air grace note delivered at the end of his final program Friday that he had come to the decision on his own.

“It was a tough day for a lot of people here,” acknowledged Wallace, who spent time as Smith’s producer. “The thing about this place, there is a camaraderie, a ‘us against the world’ mentality,” he added. “These are more like familial bonds as opposed to just passing, transactional relationships. That’s why it hit so hard with a lot of people.”

He indicated Fox News would consider its own news staffers for the new 3 p.m. news program, but also suggested the network could be open to an external candidate.

Not that mealy-mouthed Chris Wallace. I can’t stand the man.