Rogers Media spokesperson Charmaine Khan said in a statement that the show, which first launched in 2002, will continue to air as is until Sept. 20 and a new version of the show will launch on Sept. 23.

“We are reimagining morning TV with a refreshed Breakfast Television that remains hyper-local in news, traffic and weather delivered by local hosts, plus entertainment and lifestyle content that has broad appeal,” Colette Watson, senior vice-president of television and broadcast operations at Rogers Media, said in a statement on Thursday. “We are always striving to better serve our local audiences and are evolving our local morning show in Vancouver to stay ahead of consumer trends.  We recognize and thank all employees who worked with BT Vancouver over the years for their incredible work and commitment and making mornings brighter for our viewers.”

The changes come on the heels of the July departure of popular host Riaz Meghji (pictured below), who left the show following a nearly 11-year stint anchoring BT Vancouver. 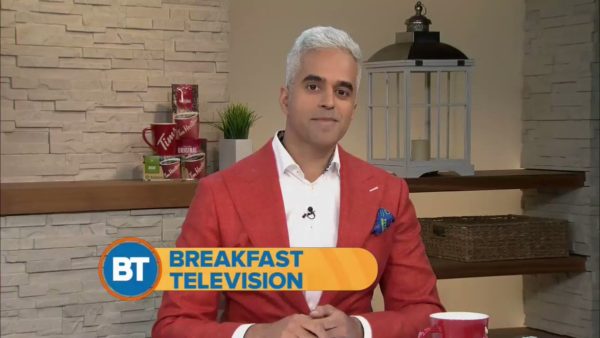 The Montreal Gazette reported Thursday that the revamped morning shows in Vancouver and Calgary will include entertainment and lifestyle segments produced in Toronto.

MUCH MORE BC & WORLD NEWS IS POSTED AT THE VANCOUVER SUN WEBSITE  HERE.