The CRTC has okayed South Fraser Broadcasting’s purchase of Vancouver’s defunct station CIRH-FM’s licence, but has denied its requests for exemptions to its CanCon requirements.

Roundhouse Radio, which until 13 months ago operated on 98.3 MHz with studios located in Railtown on Vancouver’s Downtown Eastside, had an ERP of 1.7 kilowatts.

In its application, South Fraser also contended that the difference between content category 2 and content category 3 music would make it difficult to attract an audience interested in both genres.

While approving South Fraser’s application, the CRTC pointed out its initial approval of the Roundhouse licence in 2014 was in large part due to the programming diversity to be achieved through a focused local spoken word schedule (minimum of 50% spoken word programming), and the Canadian music comitment requirements higher than the regulatory minimums.

“The Commission considers that approving the requested licence amendments during the first licence term would undermine the integrity of the licensing process,” states the CRTC decision.

“Although the applicant is seeking to achieve a particular sound and music mix for the relaunched Roundhouse station, the Commission is of the view that there should be sufficient content category 2 content, including Canadian content, to fill the remaining 50% of the station’s total programming, if the applicant were to follow through on its intent to minimize or eliminate music from content category 3.”

The commission also makes clear that South Fraser is obligated to fulfill CIRH-FM’s outstanding Canadian Content Development (CCD) contributions. The original Roundhouse operation committed to contributions totalling $1,327,240, over and above the minimum contribution to CCD. Those are currently outstanding for the 2015-16, 2016-17 and 2017-18 broadcast years with a combined shortfall of $580,345. The commission has given South Fraser until Sept. 10 to make good on that debt.

Shareholders of the original Roundhouse Broadcasting applied to the CRTC last November to sell their shares to South Fraser for $600,000.  South Fraser told the commission they would move CIRH-FM into its current Pulse studios in Surrey alongside CISF-FM.

No word as yet from South Fraser on if and how today’s regulatory decisions will impact their plans.

THANKS TO CONNIE THIESSEN AT BroadcastDialogue.com FOR MUCH OF THE ABOVE INFORMATION. 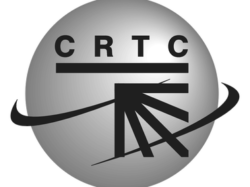