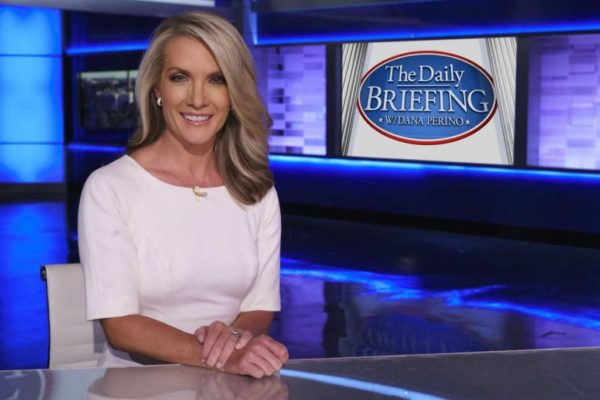 Before arriving at Fox News, Dana Perino was George W. Bush‘s press secretary during his second term in office. Perino put her media relations background to use in a first-person opinion piece she wrote for Fox News: “Dana Perino’s six tips for successful Fox News interviews… for Democrats.”

Perino’s piece comes as an increasing number of Democratic politicians look to take down Trump in 2020. They want to get their respective messages out, and are aware that Fox News draws the largest audience of the cable newsers. But they’re also oftentimes leery of speaking with the network’s hosts, some of whom may have insulted them in the past and most of whom lean conservative. They may also feel Fox News viewers won’t vote for them anyway, so why bother?

Perino claims they may be surprised to learn that more Democrats and Independents watch her network that one might think.

Our audience is not made up of only Republican voters. Research shows that our audience includes a robust number of Democrats and independents.

From senior centers to neighborhood bars, to waiting rooms, to young families’ living rooms, (and even some airports!), Fox has a broad and diverse audience.

For many of these viewers in your state or district, an appearance on Fox News might be their first impression of you. If you come on the network, you’ll increase your name ID without even leaving the Capitol.

Just like you’d prepare differently for an interview with your local editorial board than with a beat reporter, know what program and program type you are going on. With nearly 24 hours of live programming, there’s a wide array of shows and formats.

Are you an early bird? We have lots of options. Not a morning person? Join us in the afternoons. Have a district on the West Coast? For many, our 9-12 a.m. ET show, “America’s Newsroom,” is their preferred way to get their day started. Enjoy a challenge and debating? Well, you know where to head — prime time. Night owl? “Fox News at Night” is the place for you.

One thing you should NOT do is pitch something that doesn’t fit; for example, once in a while we’ll get a pitch to have a guest on “The Five.” That’s a tell that you’ve never watched “The Five.” How? Because “The Five” doesn’t have guests. If you pitch a guest segment, we’ll know you’ve never bothered watching the show.

However, if you think “The Five” or another program is going to be covering an issue that’s brewing, send a note over to the producer or hosts so that we can stay informed of your point of view. It’s amazing how many people just assume we know because we might be on Twitter.

If you plan to come on Fox News just to take a shot at the network or the host, you’ll lose. Taking shots at Fox News while on our air on makes you look small and is disrespectful to the audience that is tuned in and loyal to the channel. Complaining about the refs is best reserved for Sundays (except for The Who Dat nation — they’ve got a right to complain).

If you decide to come on a show, take on the issue, not the personality. Demonstrate your gravitas and your confidence and ignore the trolls who complain that you had the nerve to go on Fox.