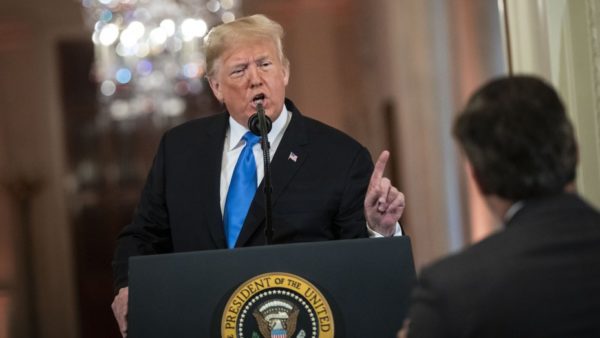 “If left unchallenged, the actions of the White House would create a dangerous chilling effect for any journalist who covers elected officials,” CNN said of the decision to suspend Acosta’s “hard pass.”

In the most dramatic action yet in the ongoing feud between the media and the White House, CNN filed suit on Tuesday to reverse the Trump administration’s decision last Wednesday to suspend chief White House correspondent Jim Acosta’s “hard pass,” which grants access to the building. The news was broken on CNN’s airwaves.

“CNN filed a lawsuit against the Trump administration in D.C. District Court,” the network said in a statement. “It demands the return of the White House credentials of CNN’s chief White House correspondent, Jim Acosta. The wrongful revocation of these credentials violates CNN and Acosta’s First Amendment rights of freedom of the press, and their Fifth Amendment rights to due process.”

CNN continued: “We have asked this court for an immediate restraining order requiring the pass to be returned to Jim, and will seek permanent relief as part of this process. While the suit is specific to CNN and Acosta, this could have happened to anyone. If left unchallenged, the actions of the White House would create a dangerous chilling effect for any journalist who covers elected officials.”