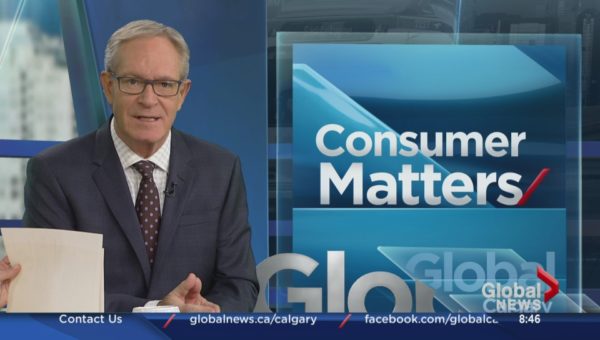 .
Global News Calgary is saying goodbye to a broadcast legend as Tony Tighe  prepares to anchor his final newscast and retire after an accomplished 40 years in the business.
.

That led him to study radio at Loyalist College, then travel west to Calgary where he started his investigative career at CJAY 92.

(Ed. note: Before Calgary Tighe wet his feet in BC Radio at CKOK Penticton and CKEK Cranbrook)

In 1989 his journey to become “Calgary’s most accomplished” television consumer reporter took him to CFCN Calgary. A year later, he joined the Global Calgary family and has become “the city’s greatest advocate of righting consumer wrongs” in his reporting.
.

“Tony Tighe’s stellar reporting and support for community organizations have changed our city for the better,” Global Calgary news director and station manager Chris Bassett said. “No one can cut to the heart of a story like Tony and we have been honoured to work with him for so many years.”

In his 40-year career, Tighe has received numerous awards for his reports and investigations, including the 2002 Better Business Bureau Ethics Award.

In 2015, Tighe received the RTDNA Lifetime Achievement Award for his work.

TO READ MORE ABOUT THAT, AND THE REST OF THE STORY, CLICK  HERE.