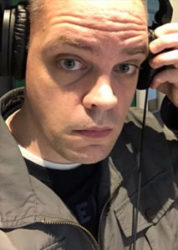 He succeeds longtime anchor Reaon Ford, who was part of a handful of layoffs in the newsroom in June.

PSR extends congrats and best wishes to both.  “Break a leg!”