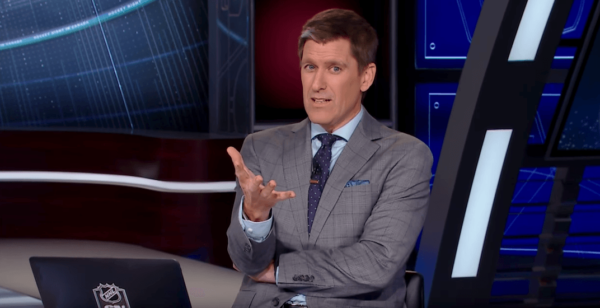 As a broadcaster with Sportsnet since its launch in 1998, there’s not many people more closely associated with the network than Daren Millard.

That’s about to change, as Millard announced on Wednesday that he’s leaving the network.

“I have decided to pursue a challenge beyond Sportsnet,” Millard said. “This decision involves many factors and soul searching and it arrives with layers and layers of emotion.”
.

Millard was used in a variety of roles since Sportsnet’s inception. From work at the anchor desk on sports highlights shows, to hosting NHL games, to his radio show with Sportsnet 590 The Fan in Toronto – he’s done it all. 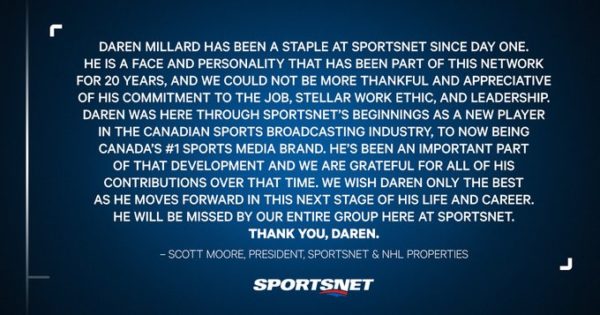 Millard called working for the Canadian sports network a “dream.”
.

It’s not clear what’s next for Millard.

“As a Day 1’er I have always carried an extra pound of pride and it’s difficult to walk away from that,” Millard said. “I would like to recognize the producers, directors, camera operators and production crews I was blessed to work with. For many of us, this has been a long, incredible journey. It is one that I hope we are able to walk together again down the road.”

“For now I get to try something different. Just know that Sportsnet is special and you are lucky. I know that because I was for 20 years.”

Many of Millard’s colleagues, from both Sportsnet and TSN, reached out with well wishes on Twitter following his announcement.