Royal Columbian Hospital Foundation has created a fund in memory of John Ashbridge. It was announced at his Celebration of Life in Coquitlam on Friday, and people are encouraged to donate in his memory at www.rchfoundation.com/ash.

A new fund has been set up to remember the long-time broadcaster and former Foundation board member, who passed away June 5, 2018.

Donations to the John Ashbridge Memorial Fund will help the Foundation support the needs of the hospital, including its Code Blue Team. This specialized group, composed of health care professionals, rush to the location of distressed patients at the hospital and start immediate resuscitative efforts.

“John was very generous with his time and talents and put his legendary voice behind many of our projects,” says Royal Columbian Foundation President and CEO Jeff Norris. “More importantly, John fully put his heart into his work in support of Royal Columbian. The fund is a fitting tribute that will help our Code Blue Team with access to the tools and ongoing education that support its life-saving work.”

Most often, the Code Blue Team responds to cardiac arrests or respiratory arrests within the hospital. The survival of a patient in distress can depend on the team’s quick actions. Time is critical and so is being prepared for a real-life code blue.

“We run mock code blues every month to keep our skills sharp,” explains Jeff Kain, clinical resource nurse at Royal Columbian Hospital. “Being able to practice CPR regularly and have access to ongoing education opportunities are key to saving lives.”

As a hospital that cares for some of the province’s most seriously ill and injured patients, as well as being BC’s busiest cardiac care centre, Royal Columbian’s Code Blue Team is an integral component of the exceptional care provided here.

John Ashbridge served a full term on Royal Columbian Hospital Foundation’s Board of Directors between 2006 and 2015, including a period as Vice Chair. He continued to be a wonderful ambassador and volunteer for the Foundation in subsequent years.

A special website for donations to the John Ashbridge Memorial Fund has been created at www.rchfoundation.com/ash.

Your care is critical. 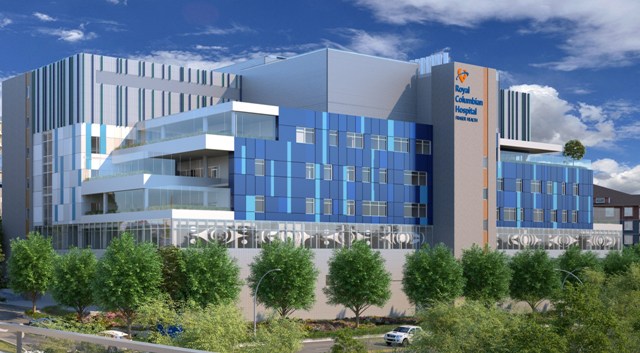