VICTORIA ….The press room of the Victoria Times Colonist will be shutting down, and the union representing the 18 workers who will be unemployed says Glacier Media is moving the work to a facility outside the city.

Brian Gibson, president of Unifor Local 2000, said the workers have an average of 19 years of service with the paper.

Mr. Gibson said in a news release Monday that the press-room workers have helped trail-blaze collective agreement rights for other unionized employees at the iconic paper.

The workers will be laid off at the end of September, but Unifor said it is negotiating with Glacier to improve severance packages and to secure jobs for its members in other areas at the newspaper.
.

The union said the company sold the Times Colonist building last year to a developer that plans to transform the press room into a brewery.

Dave Obee, publisher of the Times Colonist, (pictured right) said shutting down the press room makes economic sense and will allow the company to focus more on its editorial and advertising sides, what it does best. 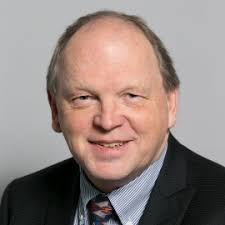 “We’re doing what papers across North America have done, which is outsourcing their printing,” he said. “It’s better to have an outside company handling the printing than us doing it because we use the press for 2 1/2 hours a day.”

Press-room workers’ salaries of $90,000 to $100,000 a year can no longer be sustained as the media industry faces increasing financial pressure, Mr. Obee said, adding his great-uncle was a press foreman in the newspaper’s building for about 20 years during the 1930s and 40s.

“We tried to keep it going because being on the island, we’re not surrounded by a lot of places to print, so this is something that we regret doing to a certain extent. But at the same time, it really has to be done, because what it was costing us was too much.”

Mr. Obee said the company is considering a couple of facilities, both on and off Vancouver Island, to print the paper that was founded in 1858.

READ MUCH MORE NEWS  HERE  AT THE GLOBE & MAIL WEBSITE