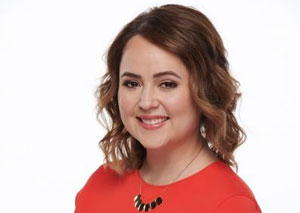 Estefania Duran is joining the News 1130 (CKWX-AM) digital team. Duran has been Digital Content Coordinator at News Talk 980 (CKNW) since Aug. 2016 and is a former freelance web producer for Global BC.

She graduated with honours from BCIT’s Broadcast and Online Journalism program. She is a recipient of the Jack Webster Student Journalism Award, and the B.C. Association of Broadcasters Pioneer Award.

Estefania studied at the London School of Journalism and has a degree in Political Science from Simon Fraser University. She joined CKNW as a reporter in 2015 and was a freelancer with Global News before becoming CKNW’s Digital Content Coordinator.