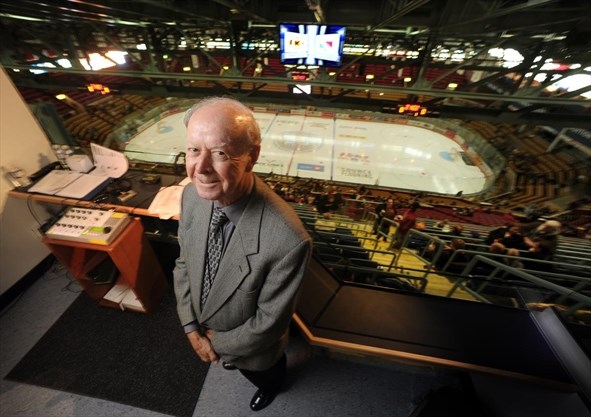 KITCHENER — The voice of the Kitchener Rangers has gone silent.

Broadcaster Don Cameron passed away unexpectedly Thursday after dealing with an illness. He was 82.

“I think in many ways he was the seventh man for the Kitchener Rangers. He was synonymous with the hockey team and always will be.”
.

Cameron, often referred to as “The Legend” by fans or “Cammy” by friends, brought the Blueshirts to life on the radio for more than 50 years before stepping out of the booth in 2015 to spend more time with Carole, his wife of 55 years.

But even in retirement you could find the proud Maritimer in the upper reaches of the Aud wearing his signature red argyle hat while quietly scribbling notes about the game.