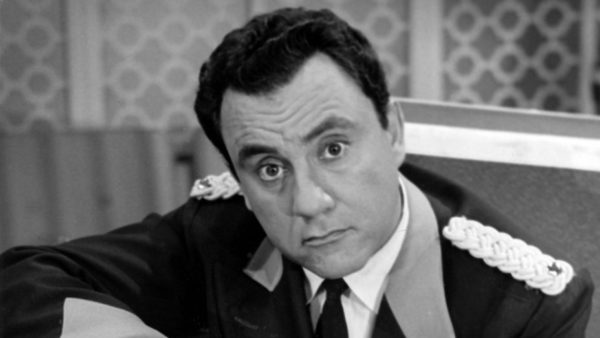 He became a ‘mascot’ for the Mercury astronauts, wrote jokes for Steve Allen and Don Adams and penned one of the funniest ‘All in the Family’ episodes.

Bill Dana, who created and starred as the earnest character at the center of the “My Name … Jose Jimenez” routine that made him one of America’s most beloved comic performers of the 1960s, has died. He was 92.

Dana, who first appeared as Jimenez on The Steve Allen Plymouth Show, where he also worked as an Emmy-nominated head writer, died Thursday at his home in Nashville, Emerson College announced.

He and a fellow alumnus founded the American Comedy Archives at the Boston school, fulfilling a lifelong goal to honor the study and appreciation of the comedic arts.

Dana contrived the trademark “Would You Believe?” line of jokes that Don Adams employed as a standup and on the TV series Get Smart and penned one of the funniest episodes in All in the Family history — the one from 1972 in which Sammy Davis Jr. plants a kiss on Archie Bunker (Carroll O’Connor).