As ‘the only girl in an all-boy fantasy,’ Fisher’s role as the iconic Princess Leia was revolutionary 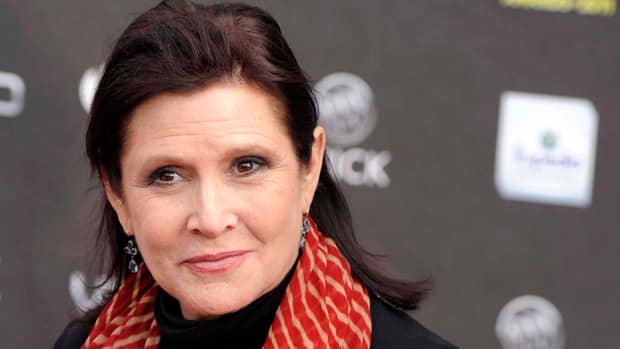 Carrie Fisher, the Hollywood actress who portrayed the fearless Princess Leia in the Star Wars film franchise and later penned award-winning books that included touching on her battles with addiction, has died at age 60.

“It is with a very deep sadness that Billie Lourd confirms that her beloved mother Carrie Fisher passed away at 8:55 this morning,” reads the statement from publicist Simon Halls. “She was loved by the world and she will be missed profoundly.”

Fisher suffered a cardiac episode on Friday during a flight from London to Los Angeles, where she was rushed to a hospital after landing, and had been in critical condition.

The bestselling author, sought-after screenwriter and outspoken mental-health advocate was as fearsome and fearless a woman as the iconic character who defined her career.

Born in Beverly Hills, Calif., to actress Debbie Reynolds and singer Eddie Fisher, she made her show-business debut at age 12 in her mother’s Las Vegas nightclub act, and her film debut at the age of 17 in 1975’s Shampoo, starring Warren Beatty, Julie Christie and Goldie Haw

Her film credits include 1980’s The Blues Brothers and 1989’s When Harry Met Sally. But to her biggest fans, she will always be Leia Organa, the courageous rebel leader who would do anything to save her people from the tyranny of the evil Empire.

‘The only girl in an all-boy fantasy’

Fisher first took on the mantle of Leia, a revolutionary role for women in science fiction, in 1977’s Star Wars. She later reprised it in 1980’s The Empire Strikes Back, 1983’s Return of the Jedi and 2015’s The Force Awakens.

“Those movies are great. I got to be the only girl in an all-boy fantasy, and it’s a great role for women. She’s a very proactive character and gets the job done. So if you’re going to get typecast as something, that might as well be it for me,” she said in a 2016 interview with CBC News.