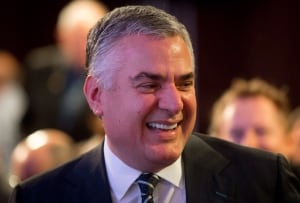 Joe Natale stepped down as CEO of Telus in August 2015. He will eventually step into a new role, as head of Rogers Communications. (Darryl Dyck/Canadian Press)

Guy Laurence has stepped down as president and CEO of Rogers Communications, effective immediately, the company said today.

He will eventually be replaced by former Telus CEO Joe Natale, who resigned from the Rogers rival last summer in part because of a reluctance to move his family to Vancouver, where Telus is based, from Toronto, which happens to be where Rogers is headquartered.

But Natale can’t come on board just yet, as he is still bound by the terms of the non-compete clause he signed with Telus when he left. It pledges he is not allowed to work for a rival for an undisclosed period of time.

Until Natale can start, Rogers veteran Alan Horn will act as interim CEO.

‘”During the transition, it’s business as usual,” said Horn. “We have a strong management team that will continue to execute the plan and build on the momentum we have established as we head into the fourth quarter 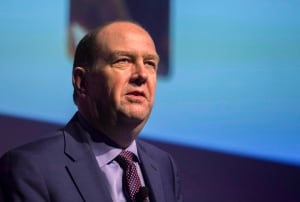 The news of Laurence’s departure comes as a surprise to the investment community, since he had only been on the job for about three years, after coming from British wireless firm Vodafone, where he developed a reputation as a fierce competitor.

TD analyst Vince Valentini said “the abrupt CEO change will require some explanation,” but he described Natale as “an excellent candidate for the role.”