Shaw formed his first orchestra in 1936, and two years later had a double-sided million-seller with ”Begin the Beguine” and ”Indian Love Call.” Shaw is estimated to have sold more than 43- million copies of such records as ”Frenesi,” ”Summit Ridge Drive” and ”Dancing in the Dark.” Artie Shaw was married eight times — two of his wives were Lana Turner and Ava Gardner. Shaw later became an author and a theatrical producer, and again fronted a big band in 1980’s. Shaw died December 30th, 2004 of natural causes, at age 94. 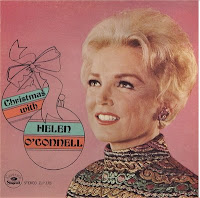 Also in 1922, Seattle radio station KOL first signed on. The station is now known as KKOL AM1300, having surrendered the heritage 3-letter call sign in 1975 when it briefly became KMPS.

In 1963, crooner and bandleader Eddy Howard died from a cerebral hemmorhage at age 48. Howard had 10 top-20 hits from 1946 to 1952 including “To Each His Own,””My Adobe Hacienda,” and “Sin (It’s No Sin).” Howard’s single of “Happy Birthday” and “The Anniversary Waltz” was popular on juke boxes for years. 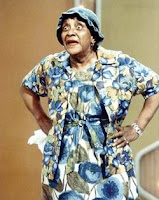 In 1986, actor Sterling Hayden, who had featured roles in the TV mini series The Blue & Gray, and The Godfather Saga, plus two dozen roles in episodic TV, succumbed to prostate cancer at age 70.

In 1991 at 8:15 pm, Vancouver radio station CKZZ (Z 95.3 FM) signed on the air  commercial free until Monday 6 am. Its format was contemporary R&B and dance music broadcasting from the Graceland night club.

In 1995, the 100th episode of “Home Improvement” aired. The same evening viewers saw the final episode of “Full House.” 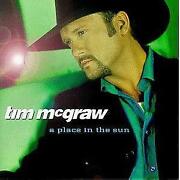 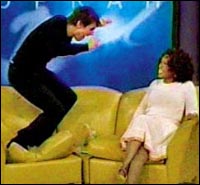 Also in 2010, rocker Bret Michaels (Poison) won Donald Trump’s reality TV showCelebrity Apprentice, despite suffering a brain hemorrhage and a stroke, and the discovery of a hole in his heart. Against his doctor’s orders Michaels appeared on the season finale, and donated his $250,000 prize to the American Diabetes Association. 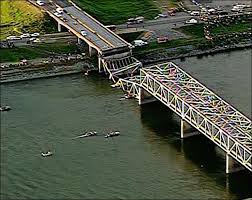 In 2015, Anne Meara, the Emmy- and Tony-nominated comedian long paired personally and professionally with Jerry Stiller, and the mother of actor-director Ben Stiller, died at age 85.

Comedian Drew Carey (Price is Right, Drew Carey Show, Whose Line is it Anyway) is 59.

Actor Mark Arnold (Santa Barbara, The Edge of Night) is 59.

Actress Lea DeLaria (Orange is the New Black, One Life to Live) is 58.

Drummer Phil Selway of Radiohead is 49.

Drummer Matt Flynn of Maroon 5 is 46.