Courtesy of Jason Remington and
SeatacMedia 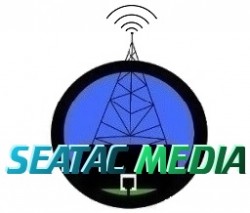 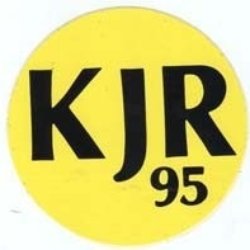 It was Puget Sound’s most recognized on-air radio jingle. Debuting in 1962 and lasting about 20 years, it’s familiarity spanned generations. It was KJR’s signature. And, of course, Pat O’Day had a major hand in bringing it to the airwaves. Here’s his brief story, as it was included in a Twisted Scholar video on Vimeo several years ago….. and a rather historical O’Day clip from 1968. Running time just under 1 minute.

Few broadcasters had greater impact on Pacific Northwest radio than O’Day. His 15 years at KJR — from jock to program director to general manager, 1959-1974 — and the talent he put on the air, built KJR into an empire which at times captured more than 35 percent of the greater Seattle listening market. He was nationally recognized in 1964, ’65 and ’66. Often forgotten by many was his even greater financial success as an organizer/promoter (O’Day and Associates and later Concerts West) of teen dances and big name music concerts. Those ventures propelled him to even higher levels which attracted legal challenges that his enterprises were unfairly monopolistic — allegations about which he was cleared, but which diminished his power-base. Nonetheless, after leaving KJR, O’Day’s financial stamina (through the sale of Concerts West) led to ownership of several radio stations, including KXA, KYYX and KORL in Honolulu. In the early 1980s O’Day’s fortunes fell on hard times and near bankruptcy. He later carved out success in the real estate business, which he still maintains today.
With the help of that jingle, was it possible for anyone to have had greater command of Puget Sound radio airwaves than what many of us remember as the Pat O’Day/KJR heyday of the 1960s and early ’70s? Absolutely not. Thanks for turning us on, Pat.— Ron DeHart

Don’t forget, Pat O’Day will be hosting the film presentation I AM WHAT I PLAY in Bellingham, Washington on Thursday January the 21st. 2016 at the Pickford Film Center