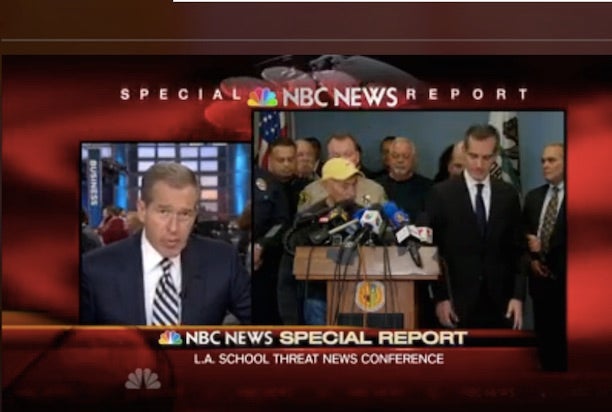 Brian Williams returned to the NBC News airwaves on Tuesday for the first time following the scandal that cost him his “Nightly News” anchor chair.

With Lester Holt out sick, Williams anchored an NBC News special report on the closures of Los Angeles public schools over a “credible threat of violence.”

He called it a “momentous” decision for Los Angeles officials to close all public schools.

MSNBC simulcasted Williams’ report, which marks the first time he’s appeared on NBC News since February, when he was suspended for six months over revelations he exaggerated stories about his reporting from Iraq and elsewhere.

In September, he made his debut–and return–to MSNBC, where he’s anchored breaking news reports for the network during the day, mostly under the radar.