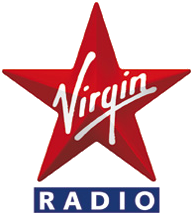 We recently heard from someone who works at Bell Media who told us when they bought Astral they sadly had to have the contract for the Virgin radio stations. Word has it Bell wants out of the contract because some of the Virgin stations don’t do well enough. Although they’ve tried making lots of changes to improve the sound, it looks like they are now trying to pull the plug on the contract over the next 12 months or so… We’re talking about the  Virgin Branding, not necessarily selling the radio stations.