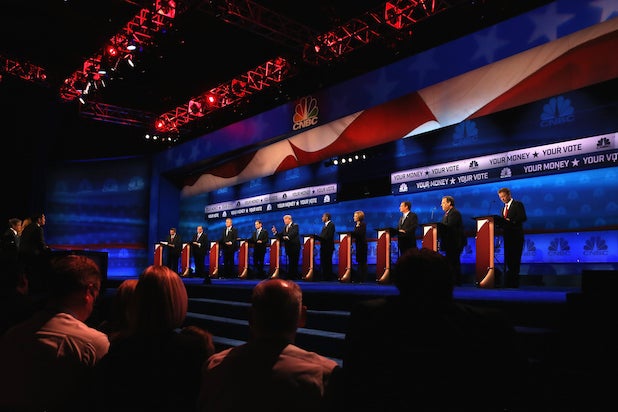 UPDATE 10:31 a.m. PT: NBC has responded to the RNC’s decision, saying in a statement: “This is a disappointing development. However, along with our debate broadcast partners at Telemundo we will work in good faith to resolve this matter with the Republican Party.”

The Republican National Committee (RNC) has suspended its partnership with NBC over the CNBC Republican debate the cable news network hosted Wednesday.

The announcement was made by Priebus in a letter to NBC News boss Andy Lack.

See the full letter below. More to come…

I write to inform you that pending further discussion between the Republican National Committee (RNC) and our presidential campaigns, we are suspending the partnership with NBC News for the Republican primary debate at the University of Houston on February 26, 2016. The RNC’s sole role in the primary debate process is to ensure that our candidates are given a full and fair opportunity to lay out their vision for America’s future. We simply cannot continue with NBC without full consultation with our campaigns.

The CNBC network is one of your media properties, and its handling of the debate was conducted in bad faith. We understand that NBC does not exercise full editorial control over CNBC’s journalistic approach. However, the network is an arm of your organization, and we need to ensure there is not a repeat performance.

While debates are meant to include tough questions and contrast candidates’ visions and policies for the future of America, CNBC’s moderators engaged in a series of “gotcha” questions, petty and mean-spirited in tone, and designed to embarrass our candidates. What took place Wednesday night was not an attempt to give the American people a greater understanding of our candidates’ policies and ideas.

I have tremendous respect for the First Amendment and freedom of the press. However, I also expect the media to host a substantive debate on consequential issues important to Americans. CNBC did not.

While we are suspending our partnership with NBC News and its properties, we still fully intend to have a debate on that day, and will ensure that National Review remains part of it.

I will be working with our candidates to discuss how to move forward and will be in touch.