Her major credits were on the big screen(Rosemary’s Baby, Harold & Maude) but she accepted guest roles on TV over a span of 35 years.  She also appeared over & over with talk show hosts Johnny Carson & Mike Douglas.  She died after a stroke Aug 28 1985 at age 88.

On this day in 1907, actor/writer/songwriter Renzo Cesana was born in Rome Italy.  He is best remembered as The Continental, the suave debonair “latin lover” host of his own early TV series. He is also credited with creating the radio programs “Art Linkletter’s House Party”, “Stop That Villain”, and the “Radio Hall of Fame.” Cesana succumbed to lung cancer November 8 1970 at age 63. 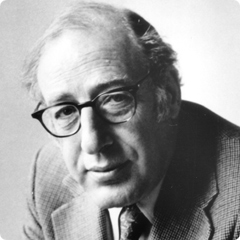 broadcaster Fred W. Friendly was born in New york City.  He rose to prominence through his close working relationship with Edward R Murrow.  He was executive producer of CBS Reports from 1959-64, and president of CBS News from ’64-’66.  He died March 3 1998 at age 82, after a series of strokes.

On this day in 1917, actress Ruth Hussey (below) was born in Providence RI.  She was active in early TV drama, especially Lux Video Theatre and Climax. She died April 19 2005 at 87, due to complications from an appendectomy. 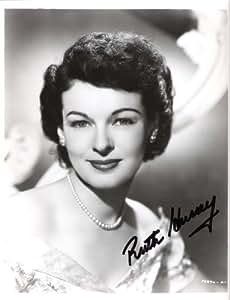 On this day in 1920, “Whispering” by Paul Whiteman hit #1 for 11 weeks and became a multi-million seller.

Turning to this day in 1925, if you put everything into it except the kitchen sink, you’d have the TV transmitter that beamed TV to London England for the first time. To build the transmitter, John Baird used a tea chest, a biscuit box, darning needles, piano wire, motorcycle lamp lenses, old electric motors, cardboard scanning discs and glue, string and sealing wax.

On this day in 1931, NBC began putting a TV transmitter on top of New York’s Empire State Building. The first experimental TV broadcast from the building was on December 22, 1931.

Orson Welles‘s radio adaptation of HG Welles’ War Of The Worlds caused panic in the US by convincing many listeners that Martians had really landed in New Jersey.  The show (on CBS) was set up as a music program interrupted by news bulletins. Though a disclaimer was broadcast several times throughout the hourlong program, many people did not pay attention to the explanation telling them that the story was fictional and a radio fabrication.

On this day in 1940, country singer/songwriter Ernest Tubb recorded his signature song “Walking The Floor Over You,” which helped introduce the era of honky-tonk music.

On this day in 1941, the song that would become the theme of bandleader Tony Pastor was recorded. It was “Blossoms” on the Bluebird label. If you don’t remember Blossoms, maybe you remember this one by Pastor: ‘Dance with a Dolly (With a Hole in Her Stocking).’

Turning to this day in 1958…some of the more senior among us remember the quiz show, Concentration, as being on the daytime TV lineup [August 1958-March 1973]. But on this night it appeared on our TV screens at 8:30 p.m. “Concentration” was a temporary replacement for Twenty-One, which had been canceled suddenly because of the quiz show scandals of the time. Jack Barry (below) was brought over from the Twenty-One set to host Concentration for its four-week nighttime run. 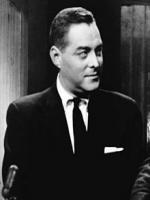 Also in 1958, Neil Sedaka had his second recording session at RCA Victor’s New York recording studio A, and taped his first Top 40 single “The Diary.”

On this day in 1960, Elvis Presley was in the RCA Victor Nashville studios to record a future #1 single “Surrender,” as well as “Crying In The Chapel,” which was not released until 1965.

On this day in 1964, the No. 1 Billboard Pop Hit was “Baby Love” by The Supremes. The group was the first from Motown Records to have two No. 1 hits.

Also this day in 1964, Roy Orbison went gold with his Monument Records single, Oh, Pretty Woman. It turned out to be Roy’s last Top 10 hit.

On this day in 1966, Vancouver-born actor John Drainie died of cancer at age 50.

He began in local & CBC radio drama, including W.O.Mitchell’s long-running family drama ‘Jake & the Kid.’   On TV he did live CBC drama before moving to New York where he worked on the live drama anthologies ‘Studio One’ & ‘The Alcoa Hour.’  He was host of CBC’s This Hour has Seven Days for one season, and starred in the US TV drama series ‘Scarlett Hill.’

On this day in 1967, WNEW FM New York became one of the first radio stations to play progressive rock (rock album tracks).

Also in 1967, Brian Jones of the Rolling Stones pleaded guilty to marijuana possession and was sentenced to nine months in jail. He was released pending an appeal, and the sentence was later suspended.

On this day in 1968, actress Pert Kelton, who was second banana to Jackie Gleason on Dumont TV’s Cavalcade of Stars, died at age 61 of heart trouble.  She was the first actress to play Alice Kramden. Still this day in 1968, Marvin Gaye‘s first #1 hit single “I Heard it Through the Grapevine” was released on Motown’s Tamla label.

On this day in 1970, Davy Jones of The Monkees guest-starred as himself in “The Teen Idol” episode of ABC-TV’s “Make Room For Granddaddy.”

Also in 1970, rocker Jim Morrison was sentenced to 6 months in jail and fined $500 for exposing himself in Miami, FL.

Elton John gave a command performance for Queen Elizabeth II, making him the first rock ‘n’ roller to be asked to appear in a royal variety performance since the Beatles nine years earlier.

On this day in 1973, John Lennon released the album “Mind Games.”

On this day in 1975, folksinger Joan Baez was featured as Bob Dylan‘s Rolling Thunder Revue made its debut in Plymouth Massachusetts.

On this day in 1976, Jane Pauley became co-host of the NBC Today Show.

Also this day in 1976, the group, Chicago, started its second (and final) week at number one on the pop singles charts with, If You Leave Me Now. The hottest LP was Stevie Wonder’s Songs in the Key of Life. The album was number one for 14 weeks.

On this day in 1978, Anne Murray‘s ‘You Needed Me’ reached the top spot on the Billboard singles chart.

Also in 1978, the live-action kiddie movie “KISS Meets The Phantom Of The Park” premiered on NBC-TV. 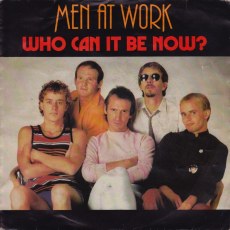 “Who Can It Be Now?” by Men At Work topped the charts but stayed there for only one week.

On this day in 1984, Barry Manilow opened an engagement at Radio City Music Hall. His concerts sold out to the tune of $1.9 million, besting (by $100,000) the previous record for the venue set by Diana Ross. 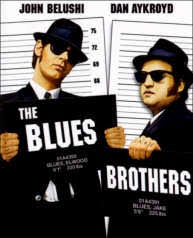 aka The Blues Brothers (Jake and Elwood), hit the two-million-dollar sales mark with their LP, Briefcase Full of Blues.

On this day in 1985, actor Kirby Grant, the star of early TV’s Sky King, was killed in a car crash just three weeks short of his 74th birthday.

On this day in 1988, actor/director John Houseman died due to cancer at age 86.

While later generations would remember his crusty characterizations in the TV & movie versions of Paper Chase, he was a collaborator with Orson Welles in establishing the Mercury Theatre, which would set the US on its ear 50 years earlier to the day. (see 1938 above.)

Shania Twain got word her self-titled album ‘Shania Twain’ had been certified a Gold Record.

On this day in 1998, all four original members of Black Sabbath reunited momentarily to play ‘Paranoid’ on CBS TV’s David Letterman Show.

On this day in 2000, broadcaster/musician Steve Allen died at age 78, after a heart attack believed precipitated by an MVA earlier in the day.

He began in radio, doing a Tonight-type one man show at midnight on KNX Hollywood.  He originated NBC’s Tonight Show from New York in 1953 before graduating to a prime time variety show in 1956.   A second Tonight-type show for Westinghouse from Los Angeles was a cult hit from 1962-64.

Also this day in 2000, Elton John filed a $20 million lawsuit against his ex-business manager and his accounting firm, charging them with misappropriation and negligence.

On this day in 2001, Vancouver radio executive Jack Stark died at age 83.  He together with minority partner Bill Bellman put Canada’s first  beautiful music station, CHQM AM, on the air in 1958, and Vancouver’s first private FM station, QM/FM, in 1962.

On this day in 2004, an arrest warrant was issued for Motley Crue singer Vince Neil after he allegedly knocked a soundman unconscious during a concert at Mickey Gilley’s in Dallas. Neil was said to have punched Michael Talbert in the face after he asked the soundman for more volume on his guitar but attacked Talbert as he adjusted it, leaving him unconscious for 45 seconds.

On this day in 2007, Alberta-raised singer, actor Robert Goulet, while awaiting a lung transplant, died at age 73. His career began as an announcer at Edmonton radio station CKUA; he went on to sing frequently on CBC-TV. His Broadway debut in Camelot launched an award-winning stage and recording career (If Ever I Would Leave You, My Love Forgive Me).  As well as starring in numerous televised musicals (Carousel, Brigadoon, Kiss Me Kate) he appeared 16 times on Ed Sullivan, and starred in a short-lived ABC WW2 series, Blue Light.

Also this day in 2007, Forbes.com reported that Elvis Presley had regained his crown as the highest-earning dead celebrity, with an annual income of US $49m during the past year. John Lennon ranked second with US $44m, while Peanuts cartoon creator Charles M Schulz was third on the list. Nirvana’s Kurt Cobain had topped the list in 2006.

Still in 2007, The Eagles‘ two-disc album, “Long Road Out Of Eden” (their first complete studio album since ’79), was made available on the group’s website and at Musictoday.com. The CD was exclusively sold at Wal-Mart and Sam’s Club stores. 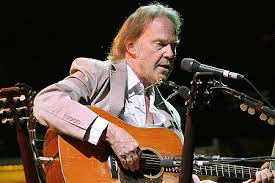 On this day in 2008, Neil Young postponed his concert at the L.A. Forum to show solidarity for union arena workers who were on strike in a contract dispute. “I am extremely disappointed to have to choose between satisfying my fans or backing my brothers and sisters of the [union],” said Young in a statement.

On this day in 2010, Kid Rock, Sheryl Crow, Wilco frontman Jeff Tweedy, and Mavis Staples of the Staples Singers performed at Jon Stewart and Stephen Colbert’s Rally To Restore Sanity and/or Fear in Washington D.C.

On this day in 2011, a radio pro who did sound effects on NPR’s A Prairie Home Companion for some 35 years, Tom Keith suffered a fatal heart attack at age 64.

On this day in 2012, “Psychedelic Pill” was released, the second album of the year from Neil Young and Crazy Horse. The first was the Folk covers album “Americana.”

On this day in 2013, jazz musician Frank Wess, who helped popularize the flute as a jazz instrument in the 1950s and ’60s with the Count Basie Orchestra, where he was also a standout saxophone soloist, died after a heart attack related to kidney failure. He was 91.

Actor/voicist Dick Gautier (Pirates of Dark Water, G.I.Joe, When Things Were Rotten) is 84.

Playboy Playmate/actress June Blair (The Adventures of Ozzie & Harriet, ex-wife of David Nelson, played his wife on TV) is 82.

Musician Timothy B. Schmit (The Eagles) is 68.

Actor Paul Telfer (Days of Our Lives) is 36.

Actress Eva Marcille (The Young and the Restless) is 31.

Actor Seth Adkins (The Promise, Gepetto, ..First Do No Harm) is 26.