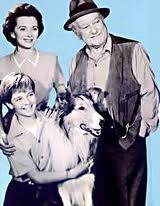 On this day in 1904, Bob Hope’s second banana on his radio show 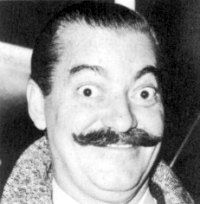 On this day in 1922, Radio Moscow began transmitting.

On this day in 1923, country music icon Hank (Hiram) Williams Sr. was born in rural Alabama.

His many hits include I’m So Lonesome I Could Cry, Cold, Cold Heart, Take These Chains from My Heart, Honky Tonkin’, Jambalaya, Kaw-Liga, Your Cheatin’ Heart and the Lovesick Blues. He was the first country star whose music crossed over into pop.  He died young at 29, suffering heart failure in the back seat of a car while being driven to a concert in Canton Ohio.  He left behind 125 compositions, although he couldn’t read or write music!

On this day in 1926, the bassist in the Elvis Presley band Bill Black was born. 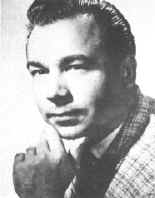 On this day in 1931, actress Anne Bancroft 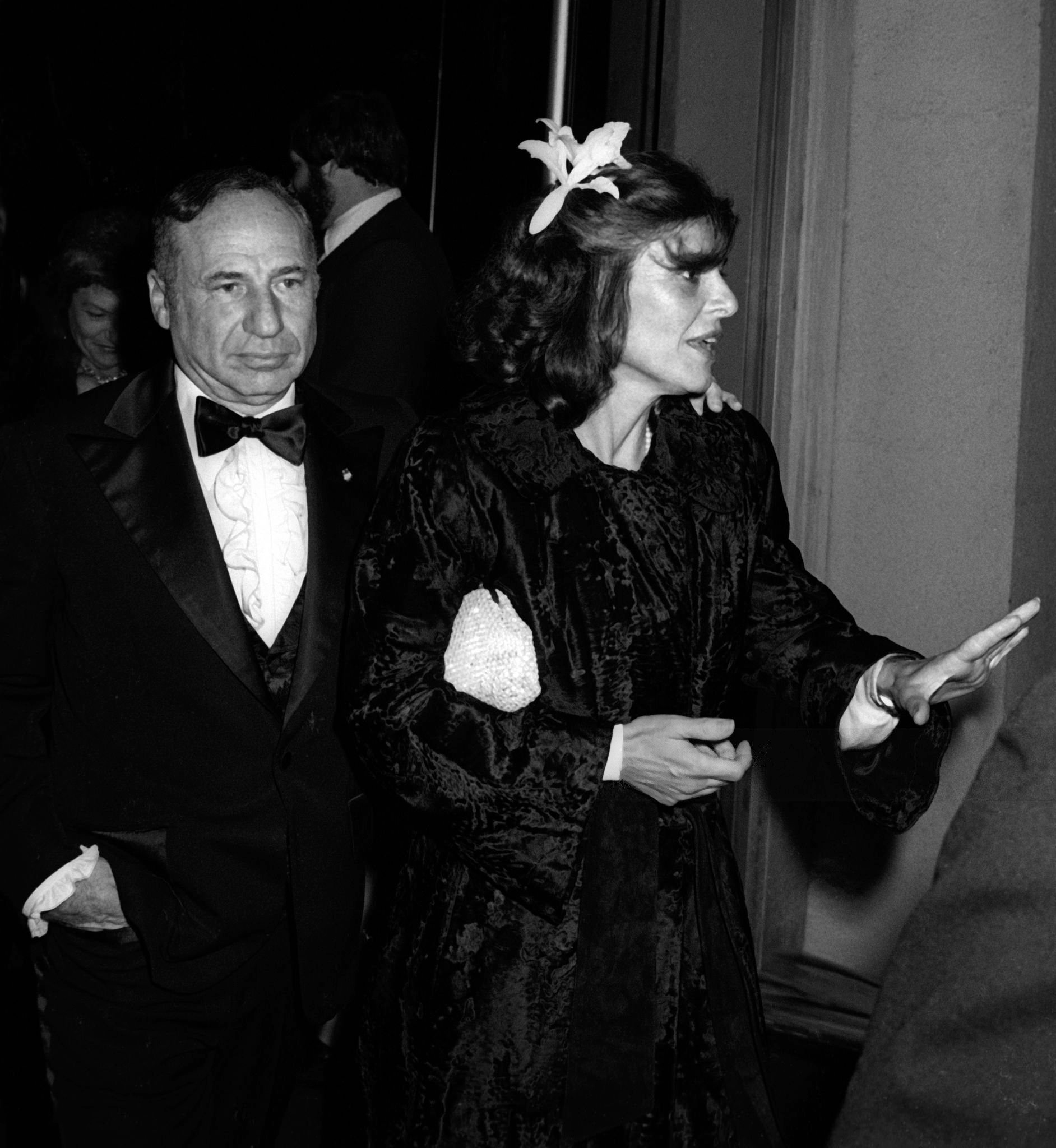 was born Anna Maria Louisa Italiano in the Bronx, New York.  She was one of the very few entertainers to win an Emmy, an Oscar & a Tony award.  Her Emmy was for her clowning, singing & acting in the 1970 TV special,  “Annie: the Women in the Life of a Man.”  Bancroft died June 6, 2005 at age 73.

Also this day in 1931, RCA Victor began demonstrating a very early version of the long-playing (LP), 33-1/3 rpm phonograph record. Howver it would be another 17 years before RCA rival Columbia would begin mass production of the LP.

On this day in 1933, comic actress/singer Dorothy Loudon

On this day in 1939, Frank Sinatra recorded “All of Nothing at All” with the Harry James Orchestra for Columbia Records. It did not become a hit until it was reissued 4 years later during a musicians’ strike.

On this day in 1949, Cassandra Peterson, better known as TV hostess “Elvira, Mistress of the Dark” was born in Manhattan Kansas.

On this day in 1952, Frank Sinatra sang at his final recording session with Mitch Miller and Columbia Records, dropped from the label due to poor sales. He rebounded the next year after signing with the Capitol label, and his Oscar-winning performance in “From Here to Eternity.”

On this day in 1955, the song “Ain’t That a Shame” by Pat Boone topped the charts and stayed there for 2 weeks. 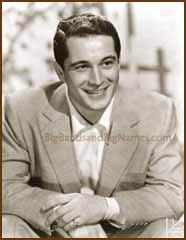 On this day in 1956, the BBC announced the removal of Bill Haley and His Comets‘ ‘Rockin’ Through The Rye’ from its playlist because they felt the song went against traditional British standards. The record, based on an 18th century Scottish Folk tune, was at No.5 on the UK charts. 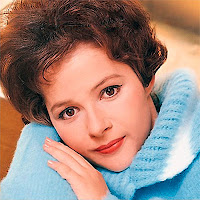 On this day in 1960, the Everly Brothers recorded “Walk Right Back” in a Nashville studio for Cadence Records. The following spring it was #1 in the UK, and got as high as #7 in the US.

Also in 1960, Loretta Lynn made her first appearance at the Grand Ole Opry.

On this day in 1963, “The Fugitive” starring Richard Janssen premiered on ABC TV. 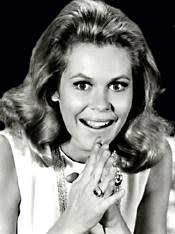 On this day in 1964, the sitcom “Bewitched” starring Elizabeth Montgomery, began its 8-year run on ABC-TV.

Still in 1964, the Supremes released one of their biggest hit records “Baby Love.”  It soon became the second of their five straight #1 hits in a row.

On this day in 1965, the Smothers Brothers Show, a sitcom, debuted on CBS-TV.  The sitcom, the last to be filmed in black & white, lasted only a year; Tom & Dick didn’t enjoy major series success until their Smothers Brothers Comedy Hour, which began in Febuary 1967.

Also this day in 1965, CBS-TV debuted the comedy Hogan’s Heroes, which took place in a World War II Nazi POW camp, and ran for 6 seasons.

On this day in 1967, The Doors made their first and only appearance on the “Ed Sullivan Show” and performed “Light My Fire.” Jim Morrison had been asked to change the line “Girl, we couldn’t get much higher,” but Morrison sang it anyway.

Again in 1967, The Who appeared on the Smothers Brothers Comedy Hour. An incident occurred with flash explosions that damaged Pete Townsend‘s ears.

On this day in 1968, Diana Ross recorded the future hit Love Child with Motown backup singers, although The Supremes would still receive full label credit. Two months later the song would knock the Beatles from the #1 spot on the Billboard charts.

On this day in 1969, media on both sides of the Atlantic were running stories that said Paul McCartney was dead.  He was supposedly killed in a car accident in Scotland on November 9th, 1966 and that a double had been taking his place for public appearances.  In fact, Paul and his girlfriend Jane Asher were on vacation in Kenya at the time.

On this day in 1971, the lighthearted mystery drama“McMillan & Wife” 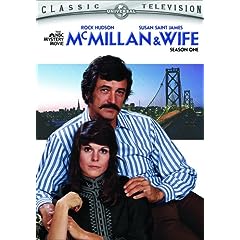 On this day in 1973, arranger and conductor Hugo Winterhalter died of cancer at age 64. His 1956 recording of Canadian Sunset, with composer Eddie Heywood at the piano, was a million-seller.

Also in 1973, Billy Joel began work on what would prove to be his first major hit and his signature song “Piano Man.”

This day in 1975 was declared Guess Who Day in Winnipeg to honour the locally-based supergroup.

On this day in 1977, Reba McIntyre made her first appearance at the Grand Ole Opry.

On this day in 1978, at the 30th Emmy Awards, top honors went to All in the Family, Ed Asnerand Sada Thompson.

On this day in 1981, fourteen years after the Ed Sullivan fiasco (see 1967 above), Jim Morrison landed on the cover of Rolling Stone Magazine. “He’s hot, he’s sexy, he’s dead,” screamed the headline. The accompanying article chronicled a renewed interest in the singer, who had died a decade earlier, and his band. The very next day The Doors Greatest Hits was certified platinum (1,000,000 units shipped).

On this day in 1984, actor Richard Basehart (Studio One, Playhouse 90, Voyage to the Bottom of the Sea)

On this day in 1987, Montreal-born William Shatner starred in the last episode of TV crime drama T.J. Hooker on CBS.

On this day in 1989, Jay Stewart, announcer on Monty Hall’s Let’s Make a Deal, & Sale of the Century, committed suicide at age 71.  He had been severely depressed following the death of his daughter months earlier.

On this day in 1991, fans lined up at record stores as two simultaneously released albums by Guns ‘n’ Roses, Use Your Illusion I and Use Your Illusion II, went on sale at midnight. By the end of the year the combined sales totalled six million copies.

Also in 1991, the first episode of the sitcom “Home Improvement” starring Tim Allen, aired on ABC.  It ran for 8 years.

On this day in 1994, II, by Boyz II Men debuted at number one on the Billboard album chart, and remained at the top for four weeks.

debuted in the situation comedy ‘Spin City’ on ABC-TV.

Also in 1996, The Cranberries canceled the last nine shows of their U.S. tour because singer Dolores O’Riordan was suffering from a combination of exhaustion and the flu.

Still in 1996, London police intercepted and destroyed a booby-trapped book that an obsessed fan sent to singer Bjork (BYORK). The fan shot himself to death hours after mailing the package. The package never reached Bjork’s home.

On this day in 1997, Vancouver’s CIVT-TV signed on at 6 p.m. on UHF Channel 32 with a 22 minute promotional tape, followed by a five minute promo for KCTS, the Seattle PBS station it was displacing on cable channel 9.  CIVT became the CTV affiliate four years later when CHAN switched to Global. 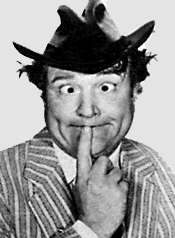 died at a hospital near his home in Palm Springs, California, after a long illness. He was 84.

Still in 1997, a regrouped Fleetwood Mac went on the road to support their live “The Dance” LP, which went on to sell more than 5 million copies in the US alone. The group’s first tour in 20 years began in Hartford Connecticut.

On this day in 1998, Canadian country star Terri Clark had her shoulder dislocated when she was pulled from a moving car at the New Mexico State Fair. A male fan had pulled her from the open car.

In 2001, David Letterman hosted the first ‘live’ late-night talk show since the terrorist attacks on September 11th. Letterman opened the show with no jokes, just his thoughts on the matter. Dan Rather was his first guest and broke into tears.

On this day in 2002, first American Idol-winner Kelly Clarkson‘s first single was released. “Before Your Love” backed with “A Moment Like This,” (both her own compositions) went on to be the best-selling single of the year.

On this day in 2004, Israeli police arrested two of Madonna’s bodyguards after they assaulted photographers waiting for the singer outside her hotel.  Madonna was in Israel with 2,000 other students of Kabbalah, the Jewish mystical offshoot.

On this day in 2005, Canadian actor Wally Marsh, who for 50 years earned a living on stage and in supporting roles on North American TV & movie screens, died in Vancouver after a lengthy illness at age 83.

On this day in 2006, Justin Timberlake went to No.1 on the UK album chart with ‘Futuresex / Lovesounds’.  It was the singers second solo album and second No.1.

On this day in 2007, Barry Manilow cancelled his scheduled appearance on ABC-TV’s “The View” in protest, after producers refused to pull conservative co-host Elisabeth Hasselbeck from the interview.

On this day in 2008, after moving more than 490,000 units in less than a week, Metallica‘s “Death Magnetic” debuted at #1 on the Billboard 200. Metallica became the first band ever to have five albums debut at #1 (U2, The Beatles and Dave Matthews Band each had four).

On this day in 2009, John Fogerty was presented with a Lifetime Achievement Award from the Americana Music Association in Nashville. The Association honored Fogerty as an exceptional songwriter, first with Creedence Clearwater Revival, then as a solo artist.

Also in 2009, a copy of the September ‘66 issue of Datebook magazine signed by John Lennonsells at auction for $12,713. In that issue, Lennon was famously quoted saying The Beatles were “more popular than Christ.”

On this day in 2010, an infamous ’07 Atlanta Waffle House altercation was finally settled. A Georgia court ordered Kid Rock to pay $40,000 to Harlen Akins who filed a lawsuit following a late night drunken verbal exchange between Rock’s entourage and Akins that quickly turned violent.

On this day in 2012, Tedi Thurman, the fashion model/actress who played Miss Monitor the weathergirl on the NBC Radio weekend service ‘Monitor’ in the 1950’s and 60’s, died at the age of 89.

On this dsy in 2013, country/rockabilly singer-songwriter Marvin Rainwater, whose career took off after a May 1955 appearance on Arthur Godfrey’s Talent Scouts (CBS-TV), died of heart failure at age 88.  His big hit was 1957’s ‘Gonna Find Me a Bluebird.’

Singer LaMonte McLemore of the Fifth Dimension is 75.

Singer Shelby Flint (Angel On My Shoulder) is 75.

Singer Fee Waybill of the Tubes is 64.

Actress Elvira aka Cassandra Peterson (The Elvira Show) is 63.

Rapper Vinnie of Naughty By Nature is 44.

Singer Marcus Sanders of Hi-Five is 41.

Actress Erika Page (One Life to Live) is 39.

Actor Billy Miller (The Young & the Restless, All My Children) is 35.