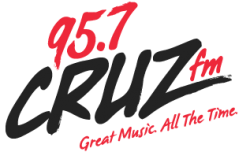 A big congrats to Darren Brown who is set to take over the PD role at CRUZ Edmonton, where he’s currently APD/MD.