His wife and children are at odds over access to the ailing Parkinson’s victim, who has been rendered unable to talk. 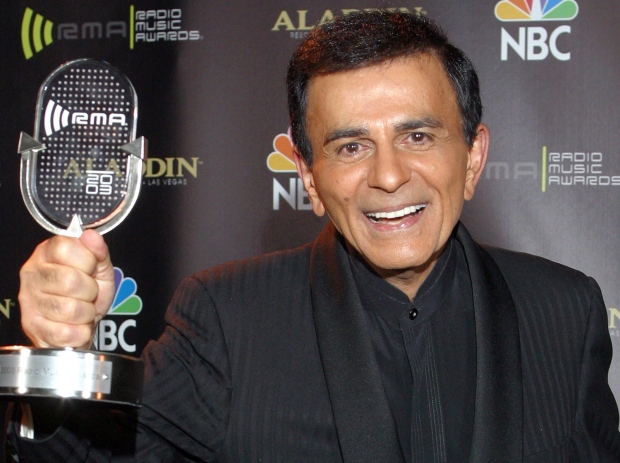 CTVNews.ca Staff
Published Tuesday, May 13, 2014 6:42AM EDT
With Casey Kasem’s wife refusing to divulge where she has moved the ailing radio legend, his children are wondering if he may be in Canada.

Casey, the former host of “American Top 40” and “Casey’s Countdown,” has suffered for several years from Parkinson’s disease. The 82-year-old requires full-time care, as he can no longer speak or swallow and needs to be fed by a tube.

His children have accused his wife, Jean Kasem, of cutting off access to their father and have been fighting to be able to see him. They say their step-mother, who married Kasem in 1980, has repeatedly moved their father to different care facilities without informing them.

Two of Kasem’s children have been seeking a conservatorship to take over care of their father.

On Monday, Jean’s attorney, Craig Marcus, announced that while he did not know where Kasem was, he knew he was “no longer in the United States.” That prompted the judge in the conservatorship case to order an immediate investigation into the radio star’s whereabouts. It also prompted him to appoint Kasem’s daughter Kerri as her father’s temporary caretaker.

In a post to her Facebook page, Kerri Kasem said “justice was finally served” with the court’s decision Monday. She also said she suspects her father has either been taken out of the country or been moved to an Indian reservation in Washington state. https://www.facebook.com/pages/Kerri-Kasem/142845292421119?fref=nf

“I believe my father’s wife fled the country (or possibly went to an Indian Reservation) with my Dad because she knew I would win in court today,” she posted Monday.

READ THE REST OF THE STORY AT THIS LINK:
: http://www.ctvnews.ca/entertainment/is-radio-legend-casey-kasem-being-hidden-in-canada-1.1818902#ixzz31bgSk81t