In 1937, Edgar Bergen and Charlie McCarthy started their own radio show on NBC — less than 5 months after they had debuted the ventriloquist act on Rudy Vallee’s radio program. W.C. Fields, Don Ameche and Dorothy Lamour were a few of the stars that helped Bergen and the little blockhead, McCarthy, jump to the top of radio’s hit parade, where they (& Bergen’s other dummy Mortimer Snerd) remained for more than 19 years.

In 1939, singer Ray Eberle recorded the future #1 single “Stairway to the Stars” with theGlenn Miller Orchestra for Bluebird records.

In 1998, actress/singer Alice Faye, who starred in 20th Century Fox movie musicals in the 30’s, and co-starred on the very funny Phil Harris-Alice Faye Show on NBC radio in the 40’s & 50’s, lost her battle with stomach cancer, just 4 days after her 83rd birthday.

Also in 2004, a pastor at Calgary’s New Hope Christian Reformed Church played “Metallica” music and “The Unforgiven” video during his sermon. “Metallica are a lot like the Old Testament prophets who would rail against the crap that`s going on in the world,” said Pastor John Van Sloten. Prior services had included tunes by Evanescenceand U2. 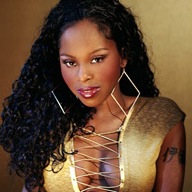 In 2010, singer/actress Lena Horne, a trailblazer for black female performers in the 1940’s, whose signature song was Stormy Weather, died of heart failure at age 92. 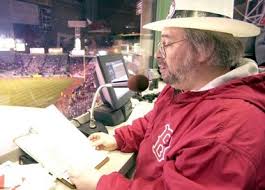 Actor-writer Alan Bennett (Beyond the Fringe) is 80.

Guitarist Nokie Edwards of The Ventures is 79.

Guitarist/songwriter Sonny Curtis of Buddy Holly and The Crickets is 77.

Guitarist Mike Myerson of Heartland is 43.

Actor Sean Nelson (The Money, The Corner) is 34.

TV personality/actress Audrina Patridge (The Hills, Dancing With the Stars) is 29.