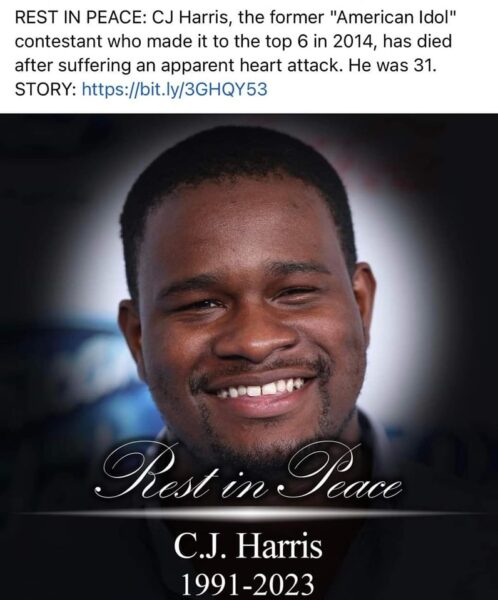 C.J. Harris, a Top 6 contestant on American Idol in 2014, died Sunday of a reported heart attack in his hometown of Jasper, Alabama. He was 31.

His death was confirmed by first reported on the Jasper radio station WJLX.FM. Family sources tell TMZ he died of a heart attack, and local news reports say he died at the Walker Baptist Medical Center in Jasper.

His death has been confirmed by the Walker County Coroner’s Office.