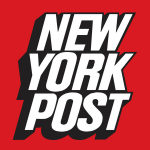 Incendiary social media influencer Andrew Tate and his brother were busted in Romania Thursday related to sex-trafficking allegations, according to a report.

Police in tactical gear descended on a villa where Andrew Tate and brother Tristan were staying Thursday to detain the British brothers on kidnapping and rape charges, judicial sources told Romanian outlet Libertatea.

Video shows the officers with battering rams and guns sweeping through the dark villa before escorting Tate into a car.

The brothers in April had allegedly detained two young women — one with American citizenship and one Romanian — inside the villa against their will, where they were subjected to “physical violence and mental coercion,”  the Daily Mail reported.