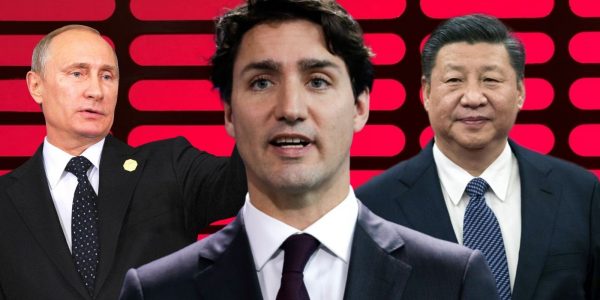 In authoritarian nations, government have their hands in all aspects of the lives of citizens. Away from the media spotlight, the phenomenon is currently being replicated in Canada. Examples can be found in all sectors of society– critical race theory, gender identity, digital ID, cryptocurrency, internet censorship, and more.

The word “disinformation” has come to epitomize the attack on freedom of speech in Canada. Authorities keep its definition arbitrary– it is whatever government say it is. Backed by powerful non-profit organizations, the Liberals are now gunning for internet control through Bill C-11.

In an article from the National Post entitled “Mélanie Joly Should Not Take Cues From Dictators In Fight Against Propaganda,” Jesse Kline writes that Canada’s march toward countering disinformation “is uncomfortably similar to how Russia ratcheted up government control over its internet.”

Russian online controls “started as a way of blocking content related to harmful activities and quickly turned into a means of subverting internal dissent and preventing outside information from getting in.”

Yes– the Liberals shouldn’t take cues from dictators– but they are doing so anyway. PM Justin Trudeau has tasked government with replicating the format of the internet in communist nations like China and Russia. Not that Canadians will be informed of this by legacy media. CBC, Globe & Mail, Toronto Star and the rest have been assigned– as well as been paid– to obfuscate the agenda.