Montana Getty has multiple passions for sports, media and politics flowing through her blood. Her grandfather is the late Don Getty, premiere of Alberta from 1985 to 1992, and quarterback of the Edmonton (then) Eskimos starting in 1955. Rarely does your family play into the context of a podcast episode, but given that the Getty name has so much to do with sport, politics, Alberta, oil, and now media.

In this episode, you will hear why Montana chose a career in broadcasting and how she fulfils her other passions like sport and politics. Her broadcast career has gone from NAIT, to the streets of Edmonton, to Dawson Creek and now to Saskatoon. We also covered how she manages to keep her journalism work positive. We also talked about how she has to overcome harassment on the job, and perceived journalistic imbalances and misconceptions because of her family name. Montana did share what gets discussed at the holiday table, and why she loves the New York Yankees.

Thanks also to the people who make this show possible every week including: 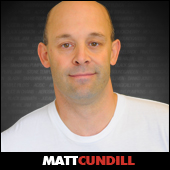