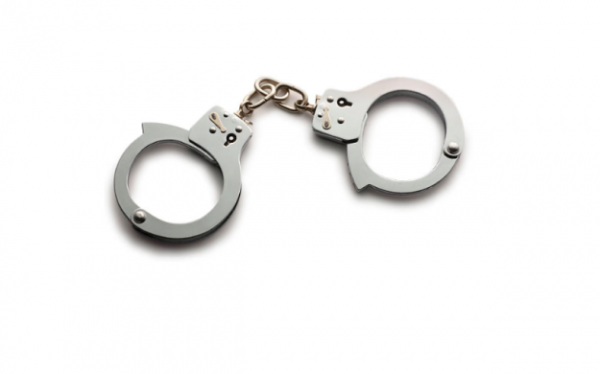 Welcome to every reporter’s conundrum: who to believe when confronted with different versions of key events. And so it is with the Richard Lee McNair saga. Should one trust the police … the fugitive? … or neither?

The obvious choice would seem to be law enforcement — the authority figures we’re supposed to trust. But hold on.

The McNair file contains about a dozen instances of conflicting accounts. The hard truth — are you sitting down? — is that those in authority weren’t always accurate — nor honest.

Shouldn’t the facts win out?

1] Let’s begin with a biggie. A senior police officer could not believe that a reporter in Canada was getting mail from ADX prisoner Richard Lee McNair. The officer took it upon himself to contact a news director about a series her TV station was running on McNair mailing letters to a foreign journalist.

I then got an urgent phone call from the editor who demanded to know what the hell was going on. Even though I’d given her copies of the prisoner’s letters [and envelopes], she still believed the officer. Such is the respect some in the media have for those who wear a badge.

The TV news director contacted ADX Florence and discovered that McNair was indeed corresponding with a reporter. The officer apologized — but not before I suggested he quit his job and donate his pension to charity.

2] Richard McNair claims he was able to breathe in his shrink-wrapped escape pod — thanks to a long, cardboard tube poked through the bottom of the pallet. Not so, says one officer. He told a TV production crew that McNair had used a tiny plastic tube — a few inches long — attached to a the top part of a plastic pop bottle. Turns out, he was describing the escapee’s homemade snorkel, which he’d left behind in the pod.

The officer later conceded McNair had been breathing through a cardboard tube.

3] According to police, McNair got help from fellow cons at the Pollock pen who helped him seal his escape pod with shrink wrap. McNair denies this, challenging doubters to check the high-resolution images taken by the prison security cameras.

4] Louisiana police initially claimed Richard McNair eluded their massive dragnet by hopping a freight train, which brought him safely north to Monroe, LA. That never happened. A TV production company in Australia, however, bought it. It’s all there in its one-hour doc for Discovery. Nice try, but no freight trains pulled out of Alexandria for Monroe that day.

The freight train story was media manipulation. Law enforcement wanted the public to think their manhunt would’ve worked had it not been for that freight. This had nothing to do with the search for an escapee … and everything to do with police covering their butts.

5] “Oh yeah?” remarked a senior officer when confronted with McNair’s claim that, to beat the police dragnet, he walked up train tracks at night through the heart of Kisatchie National Forest. “So where’s the van he stole?,” the officer demanded. Fair question.

McNair’s detailed account of his two break-ins — plus his theft of an old van — were both verified, thanks to officers who willingly shared their files with the Canadian reporter. Two ‘cold case’ files were closed when officers read McNair’s letters. The runaway had driven the van east to Monroe where he stole a Dodge Charger from a dealership. McNair abandoned the muscle car in Brownsville, Texas, close to the Mexican border.

6] Police claim McNair had fed them a line about how he crossed Rainy River in a rubber raft to get from International Falls, Minnesota to Fort Frances, Ontario. McNair was spot on with his description of the crossing, Fort Frances, a certain apartment building there … and the town’s small bus terminal. There was no doubt that the one of America’s Most Wanted had been been at that location.

7] Just a minor point, but still worth a mention … McNair claims he removed ONE cinder block from his holding cell at the County Jail in Minot in 1988, shortly after he was arrested for murder. A senior officer, however, claims that two blocks were chiseled out. Police photos show only one block had been removed, backing up the prisoner’s account. But like I say, not a big deal.

8] While on the run during his 1992 escape, police claim McNair sent a Christmas card to the Warden of the Bismarck Pen — presumably to intimidate him. There’s no evidence of this in a comprehensive FBI report on the escape. The FBI listed the cards McNair had mailed to prisoners [and guards] at the joint — but there’s no mention of the warden getting one. McNair called the warden’s claim a ‘fairy tale’ … but who believed him?

9] Police claim McNair scribbled, “Won’t do that again” in his copy of the heavily redacted FBI report. I’ve seen those same papers — and there’s no such hand-written quote [or anything similar] by McNair.  “Won’t do that again” is a fabrication which can be found in more than one media report. Hell, it was even in the early editions of the book until I got my hands on the FBI report.

10] Police initially claimed McNair shot and killed trucker Jerry Thies at point-blank range, leaving powder burns on the victim’s clothing. Maybe that happened; I don’t know. However, neither an autopsy report nor an official police report on the shooting mentions powder burns. This doesn’t take away from the fact the senseless murder was a mob-like hit.

11] An RCMP news release about McNair’s capture in Campbellton, New Brunswick omitted an important detail: once the fugitive was handcuffed, he fessed up immediately that he was Richard Lee McNair — one of America’s Most Wanted, an escaped convict from a prison in Louisiana serving a life sentence for murder. McNair’s fake Alaska drivers licence looked so authentic that it completely fooled a veteran cop. He didn’t believe his prisoner, telling him to f-off. The RCMP later confirmed McNair’s version of events.

The point of this chapter is that reporters, especially, should always be cautious when taking the word of anyone in authority. Maybe they’re getting the full story, maybe not.

TRUTH CAN BE STRANGER THAN FICTION …

Some officers have been known to embellish matters to either make themselves look good, or to put a positive spin on things.

In the Richard McNair case, we see law enforcement — again, people we’re supposed to trust — manipulating the media so they can be seen in a more favorable light.

Speaking of trust, how about those in the media who willingly turn a blind eye to police inconsistencies? “It’s not the story we want to tell …” they say, or, “we don’t have the time.” It’s not time they don’t have. Try journalistic integrity.

Far too many in my profession accept as gospel whatever people in authority tell them — including well-paid spin doctors and PR flaks. It’s an easy way for reporters to do a story. And safer. You don’t fall out of line.

When all is said and done, is the public ever well-served when reporters become stenos?

I share these accounts — not to ridicule law enforcement — or to prop up an escapee — but simply to get the truth out. In an age of fake news, transparency is more critical than ever.

Law enforcement worked hard to capture the fugitive, of course — but it should be noted they also worked hard to minimize bad press. Some would make great PR flaks. Not unlike the criminals they chase, officers themselves can be masters of deceit.

This is a cautionary tale … for everyone. The next time you read something online, in a newspaper, book or magazine, or watch a movie or TV documentary, know that things aren’t always as they seem. Don’t be afraid to question the truthfulness or accuracy of the material.

Truth can be stranger than fiction.