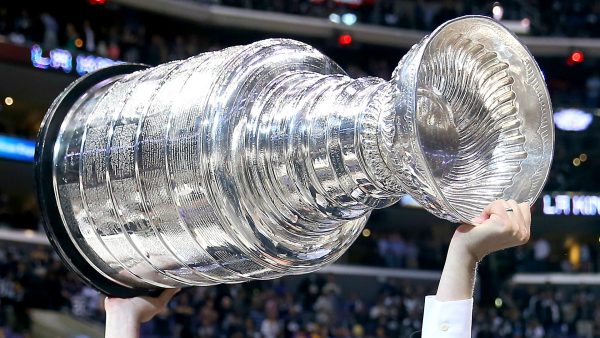 But the FACTS show that, in the first 11 games (till Monday midnight), Canada’s teams in the First Round of the NHL playoffs are on the losing end of Penalty calls.

I had been watching … and feeling frustrated as I often do when I tune in to Canadian NHL teams taking on their American rivals: seemed to me that the number of Penalty calls were … uneven, to put it politely.

So I went over the Official NHL Statistics Tuesday morning … in First Round games featuring Canadian vs American teams, so far.

Here are the FACTS:

In fact, in the Calgary Flames vs Dallas Stars series, there has not been a single game yet of the four played where the US team has had more Penalty calls than their Canadian rival. NOT ONE, in the entire series!

I’ll leave to the professional Sports “reporters” … are they’re any out there who aren’t just cheerleaders?… to assess/calculate/determine how many goals were scored short-handed during any of the games played so far and thus may have affected game outcomes

Admittedly, I’m no sports or refereeing expert: just a spectator and a retired journalist who spent 12 years in print and 26 years in television news … much of it covering politics (municipal, regional, provincial and eight years on Parliament Hill) so I’m a bit cynical! Untrusting of anyone in charge ?

But I watch … and hate unfairness. I think I still suffer PTSD from the early years of watching refereeing when Canada played Russia/European teams in International Hockey!

Nevertheless, I won’t argue that ANY of the Penalties called against Canadian teams so far in Round One have been unfairly handed out: let’s assume they have ALL been justifiable calls.

But clearly there IS a gap!!!

When SEVEN of the 11 games played so far have given a Penalty advantage to US teams, I worry.

Are the Canadian teams and so many of their players so much more GUILTY of dirty, sloppy, amateurish, incompetent play? Are the American teams cleaner, better, more sportsmanlike prudent players?

When I watch, I see all kinds of what I believe are UNCALLED penalties (TV commentators have even pointed some of them out) that the Referees are missing.

“Tripping”, I have shouted at the TV; “Interference” I have yelled … but no one was listening.

But now my own admittedly biased point of view is backed up by the STATISTICS: in Round One so far, Canadian teams ARE consistently having more Penalties called against them.

The numbers don’t lie: ELEVEN games; SEVEN in which the Penalty advantage has gone to US teams; only THREE to Canadian teams.

Is there a bias? Or harsher standard? Or subliminal preference?

Readers of this Blog will recall that as far back as 2010 and again in 2012 I have Blogged that I felt the NHL was so intent on developing and building up its US presence/market/base that Canadian teams/fans were paying the price.

I argued at that time that I felt the last thing owners would likely want to see would be an NHL final pitting one Canadian team against another. The BIG bucks are in building up the TV viewing base … and advertising revenues … in the US markets.

And surely, the Referees would have been aware of that: no one had to tell them. Just as any of us who work for any large corporation would be aware of where the company’s main expansion focus or favorite customers were, without declaring who/where were less important .

Those were just my own sentiments reflecting my own bias watching as a Canadian fan.

But NOW there are actual statistics … and they make me worry even more.