According to our friends at Radio West, another well-known BC entertainer, Miles Ramsay has passed.  He was 79.

Our thanks to the BC Entertainment Hall of Fame for details of his life story.

Miles Ramsay was born in Maryland in a suburb of Washington D.C in 1941. He attended Cal State University and UCLA, majoring in music with a minor in English.

Before finishing his courses he spent the next chapter of life criss-crossing the United States as the lead singer and drummer in a lounge band. 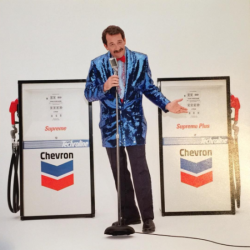 Miles settled in Vancouver, where he formed a partnership with Brian Gibson & Brian Griffiths in the mid-sixties and the three produced more than four thousand jingles, TV themes, movie scores and event themes for their world wide clientele during the four decades of their partnership. Along the way they built Vancouver’s legendary Little Mountain Sound Company recording studios.

Miles’ most famous composition is the Great Root Bear theme for A&W, which has been played by every high school tuba player since 1973.

Miles has been a choral singer virtually all his life, lending his vocal talents to the Roger Wagner Chorale, The Little Mountain Singers, Phoenix Chamber Choir, Chor Leoni Men’s Choir and others. He was co-star (Oscar Madison) in the Arts Club Theater production of “The Odd Couple” In 2000, which was directed by Bill Millerd and enjoyed over 100 sold-out performances.

In 2002 he was co-star (Horace Vandergelder) of the RoyaCity Theater production of “Hello Dolly”, directed by Ed Harris with 22 sold-out performances He has also arranged countless classics for choirs literally all over the world. 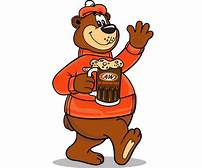 In 2003 Miles retired from Griffiths Gibson & Ramsay Productions, hopped on the 200 foot tall ship Picton Castle, and sailed around the world. Upon his return he threw himself back into choral music and has completed several choral arrangements, and two additional European tours with Phoenix Chamber Choir. In 2009 he retired from active choral singing.

Miles resided until his recent death in Madeira Park, B. C.   Our sincere condolences to his close friends and family.

thank you so much for this kind tribute!

What a lovely tribute to our Dad. He thoroughly lived what he did in music!
His love of travel and sailing almost as much.
Thank you for highlighting his accomplishments in such a kindness and gratitude.
From all of Our family, we will miss him tremendously.

Miles was the guy. He directed the first Kokanee TV beer commercial. The one where I ad-libbed, “Yo, My Little Mug-Wump!” I doubt many directors would have let me do that. Miles Ramsay had the creative mind that heard and saw and instintively “knew” when something was “right”.
Mulling over how many radio spots Miles and I performed on together. Was it seven hundred? A thousand? 1200 ?
Miles was a combination of a pal, an uncle and a trusted mentor.

So sad to hear this. I sang with Miles in the Phoenix Chamber Choir and did a lot of recording for Chor Leoni Men’s Choir back in the day, and of course knew Little Mountain Sound and his partners Brian Gibson and Brian Griffiths.

One of the great ones gone for sure. RIP Miles.