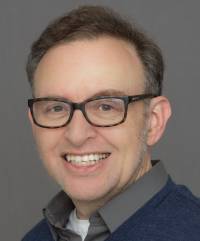 This guest column was written by radio and music industry veteran SEAN ROSS. Follow him on TWITTER @RossOnRadio and read more of his columns here.

Throughout the discussion of female artists leading up to this year’s COUNTRY RADIO SEMINAR (CRS), the defense of Country radio’s status quo usually led to one of three claims:

It seemed odd that programmers felt the need to dig in on the female artists issue. Country radio wasn’t exactly flourishing with its current product. Last JUNE, the format controlled 7% of PPM market listening, according to NIELSEN. By last DECEMBER, that was a 6.2 share. AC’s holiday juggernaut typically leads to lower Country shares, but when PDs arrived at CRS, the JANUARY number had only rebounded to 6.4%.

Female artists were just one of a tangle of product issues — the lack of tempo, the emphasis on passive titles that took 40 weeks to break and didn’t offer listeners much but neutrality, the glut of similarly written, similarly produced love songs (the genre rightly derided as “boyfriend Country”). It was hard to say what would drive a ratings rebound, but there were plenty of ways the current product could get better.

The “we can’t find the songs” argument started to topple before CRS when MAREN MORRIS’ “The Bones,” a song that had been set up for Country by Hot AC and Triple-A airplay, went to #1. Then we had:

That might not seem like a lot of songs to pin a sea change on. But since CRS it has been common to see three and even four female acts in the top 10, also including CARRIE UNDERWOOD’s top 10 “Drinking Alone” and GWEN STEFANI’s appearance on “Nobody But You.” (At another time, that might have been the biggest hit involving a female act.)

READ THE REST OF THE COLUMN  HERE.