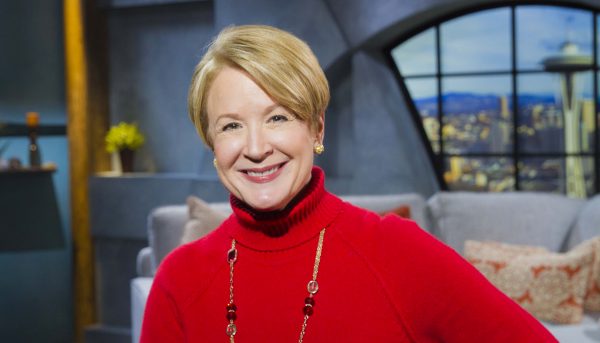 Longtime Seattle TV journalist Margaret Larson has announced her retirement from hosting KING5’s New Day Northwest. Thirty years ago she was with NBC News, working as foreign correspondent (1990-92) and then Today Show news anchor (1992-93.)  After some time out of broadcasting with Mercy Corps she caught on as an anchor at KIRO7 before moving to KING5 in the mid-90s. In 2002 she returned first to Mercy Corps, then to independent contracting with international aid organizations as she helped deal with Africa’s HIV/AIDS issues.

In Marh of 2010 Margaret was back on the Seattle airwaves hosting the one hour lifestyle show New Day Northwest at KING5, the post she will retire from, at age 62, at the end of July.  She and her husband are moving to North Carolina to be closer to their son Kyle.