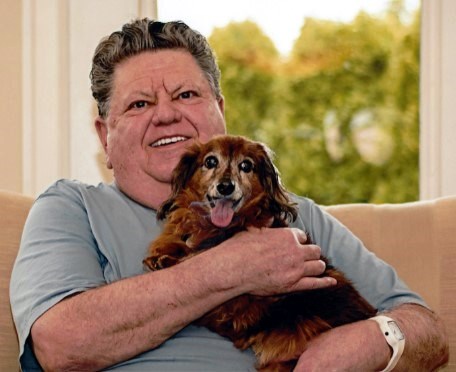 Doug was born in Edmonton, Alberta, the only child to Halley and Marg Hepburn. His first real job was washing cars at Edmonton Motors and he later moved to the parts department. The wagging tail of the CJCA Tiger on top of the Birks building then caught Doug’s eye and he applied for a job. He made such an impression that although they did not have a position open at the time, a quick phone call to the sales manager at CHQT rapidly started his career in sales and marketing and he never looked back.

Doug excelled with CHQT radio, so when Superchannel was launched he was moved to Vancouver, B.C. to run the office there. When Superchannel decided to close the Vancouver office the family remained in B.C. and Doug went on to be the sales manager of CKNW Radio and later a partner to Gerry Gerling and their company Adtel.

His passion for marketing and advertising never left him and to his dying days he preferred the commercials on Television over the actual shows, well besides Football! He had a brief stint with the Edmonton Eskimos in his youth, but professional football was not meant for him long term due to knee injuries.

Doug’s lifelong passion for music began early. A self-taught drummer later lead to having his own band, the original Nomads. They played for years at the Sahara Dinner Club in Edmonton and he had fabulous stories of playing with his band at Seba and Mameo Beach for the summer dances.

Doug’s struggles with ill health came to an end on May 18th, 2020, 10 days after their 27th wedding anniversary, making it 41 years that they spent together. Doug is survived by his wife Rikki, his two daughters Melinda (Henry) and Janet (Guterson), three stepchildren whom he adopted as his own Darci (Murray), Jaret (Forman) and Travis (Forman). Grandchildren include Darci’s sons Dayton, Brady, Trace and Carson. Jaret and Allison Harlington’s, daughter Payton and son Connor. Travis and Karyn’s, daughter Madelyn and son Rhyd. Melinda and Neil’s, children Sean, Marisa and Carina. Janet and Tom’s sons David and Derek. A total of five children and 13 grandchildren to carry on his memory.