He concludes his 41-year career in broadcasting and 25 years at Cox Media Group on June 30. 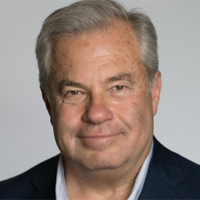 Monday, Cox Media Group announced that Greg Bilte, vice president and general manager of CBS affiliate KIRO Seattle (DMA 13), will retire from the company, effective June 30. Bilte’s replacement at KIRO has not yet been named.

Bilte’s retirement concludes a 41-year career in television broadcasting that began in 1979 as an account executive for KXLY in Spokane, and culminated in leading KIRO in Seattle to achieve record ratings. In between these two roles, Greg worked for the national rep firm Telerep and also served as national sales manager for KTTV Los Angeles.

Bilte’s 25-year run with CMG began at KTVU San Francisco in 1995, where he was national and local sales manager before being promoted to general sales manager of sister station KICU, and eventually to the same role at KTVU.

In 2013, he was promoted to VP-GM of the CMG KOKI-KMYT duopoly in Tulsa, Okla., where he took the station from fourth place to first place in the market. During his time in Tulsa, Bilte and his team won multiple regional Edward R. Murrow awards, as well as a national Murrow award for Best Newscast.

In 2016, Bilte assumed his current role as KIRO VP-GM. According to CMG, “Under his leadership, the station has achieved record news ratings and revenue while serving the Seattle community at every turn, especially helping keep the station’s viewers informed, safe and calm during the COVID-19 pandemic.”