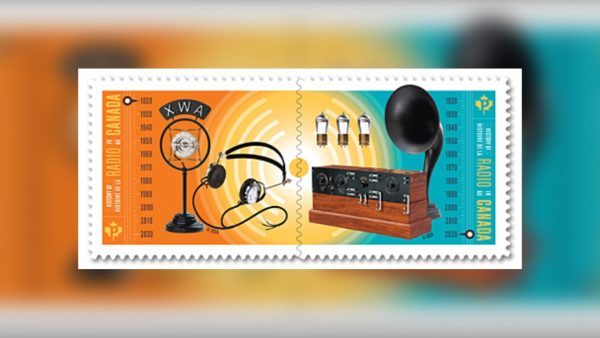 OTTAWA — It was 100 years ago tonight that the first radio program in Canada was broadcast between Montreal and Ottawa.

A concert in Montreal was successfully heard at Ottawa’s Chateau Laurier on the evening of May 20, 1920. The broadcast featured the playing of some gramophone records and a performance by soprano Dorothy Lutton. According to news reports from the time, the broadcast was considered a success, though ambient sound from Montreal could also be heard.

“A large audience at the Chateau Laurier assembly hall tonight heard quite distinctly a gramophone played in Montreal and also Miss Lutton singing in that city, over 100 miles away by means of wireless telephony,” reads a story in the Montreal Gazette, dated May 21, 1920.

“The experiment took place at 9.30 and by means of a magna vox, the voice of the distant singer was quite clearly heard in all parts of the hall. The magna vox however, not only accentuated the sounds coming from the telephone receiver, but also the ordinary noises of a city and for that reason at times the singing was slightly interrupted.”

Still, a message was sent from the Chateau Laurier to the Marconi Wireless Telegraph Company in Montreal that night to say the concert was heard in Ottawa, and congratulations were offered.

To mark the occasion, Canada Post has released a commemorative stamp.