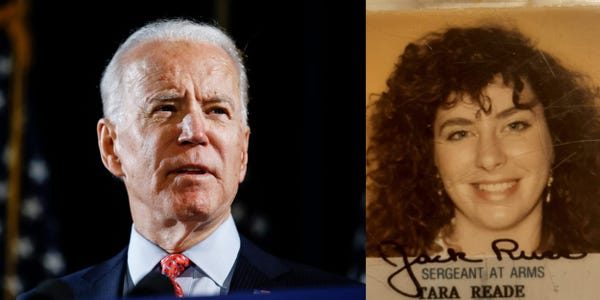 The New York Times rebuked the Biden campaign on Wednesday, telling Fox News that the reported talking points that have been circulated to prominent Democrats “inaccurately” describe the paper’s reporting on the candidate’s accuser Tara Reade.

“Buzzfeed reported on the existence of talking points being circulated by the Biden campaign that inaccurately suggest a New York Times investigation found that Tara Reade’s allegation ‘did not happen.’ Our investigation made no conclusion either way,” a spokesperson for the Times said in a statement. “As Buzzfeed correctly reported, our story found three former Senate aides whom Reade said she complained to contemporaneously, all of whom either did not remember the incident or said that it did not happen.”

The spokesperson continued, “The story also included former interns who remembered Reade suddenly changing roles and no longer overseeing them, which took place during the same time period that Reade said she was abruptly reassigned. The Times also spoke to a friend who said Reade told her the details of the allegation at the time; another friend and Reade’s brother say she told them of a traumatic sexual incident involving Biden.”

On Tuesday, BuzzFeed News reported that despite strong denials the campaign has issued to various media outlets, aides for former Vice President Joe Biden are taking Reade “seriously enough behind the scenes to coordinate messaging among other Democrats to try to cast the matter as one that’s been thoroughly vetted and determined to be unfounded.”