Ronan O’Rahilly, the founder of UK pirate station Radio Caroline has died at the age of 79.

The Irishman set about creating the pirate station as early as 1963 from the MV Caroline anchored in international waters off the coast of Essex in England.

He’s been the figurehead of the station ever since it launched during Easter 1964, and the station name continues to this day.

Radio Caroline is paying tribute to Ronan this afternoon (Monday) and has tweeted the news to its listeners and followers.

In 2013 Ronan moved back to Ireland after being diagnosed with advanced vascular dementia.

Very sad news. RONAN O’RAHILLY, Founder of Radio Caroline, passed away today aged 79. A great man who changed the face of popular music. We are currently airing a tribute on our main channel. 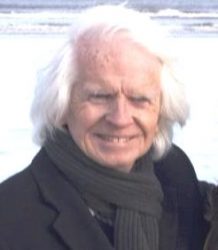