She was a tenacious voice for victims, a thorn to the smugly comfortable 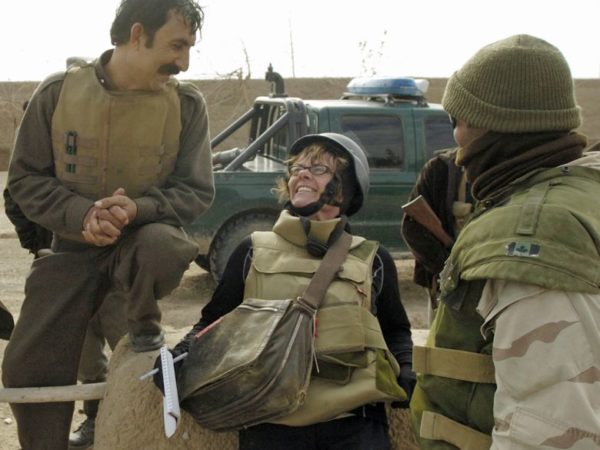 Christie Blachford shares a lighter moment on November 21, 2007, with some local soldiers during one of her tours of Afghanistan.   (Supplied)

Christie Blatchford, a powerful public voice through nearly five decades of journalism, has died after being diagnosed with cancer in November.

Blatchford was one of Canada’s most prominent writers, having been a leading journalist at each of Toronto’s daily newspapers, a trailblazer for women in sports reporting, an award-winning war correspondent, and a columnist renowned for her vexing mix of toughness and tenderness.

Blatchford spent two stints as a marquee columnist at National Post, including being one of the first editorial employees hired when the newspaper was created in 1998. Her last column in the Post and the Postmedia chain was published on Oct 22, expressing her bewilderment that Justin Trudeau was re-elected.

She started at the Globe and Mail in 1973, billed as Canada’s first female sports columnist. She moved to the Toronto Star in 1977 as a features and news writer and then to the Toronto Sun in 1982 as a columnist.

Blatchford passionately championed crime victims, Canada’s soldiers, Canada’s athletes — particularly Olympians — and publicly obsessed over law and order issues. In court, sitting in the front row, she would be relentlessly grabbing at tissues, weeping as she chronicled evidence of child abuse and neglect. And then she made readers weep when reading her account of the injustice.