The Trudeau government isn’t satisfied to simply spend $600 million dollars to pay off the entire media establishment in Canada, they want to monitor your news and use the CBC to “ensure quality in news coverage.” 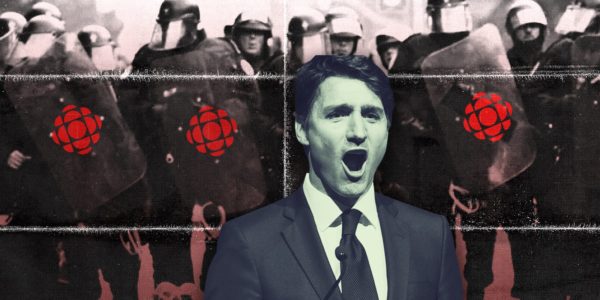 The Trudeau government isn’t satisfied to simply spend $600 million dollars to pay off the entire media establishment in Canada, they want to monitor your news and use the CBC to “ensure quality in news coverage.”

Yesterday an advisory panel released a report entitled, “Canada’s Communications Future: Time To Act”, citing” a “crisis in news.” It recommends all media content services fall under the Act and regulation by the Canadian Radio Television and Telecommunications Commission.”

Given the fact that Prime Minister Justin Trudeau spent $130,000 trying to bar conservative journalists from covering this past election, and has announced his intention to regulate and censor Canadians’ social media, this is both unsurprising and extremely dangerous for the future of democracy in Canada.

Just this week, conservative journalist Ezra Levant released a shocking recording of him being interrogated by the police for the high crime of writing a book that was critical of the prime minister, which was released during the election (of course the two authors Aaron Wherry and John Ivision who wrote flattering books on Trudeau are not being investigated). The cops would not show him the complaint or disclose where the complaint originated. It was a secret. They grilled him about the political beliefs of his staff at Rebel News and asked him why he didn’t register his book with the federal government. It’s truly Orwellian stuff that Levant caught on camera, and he did a remarkable job of browbeating the police stooges doing Trudeau’s bidding.